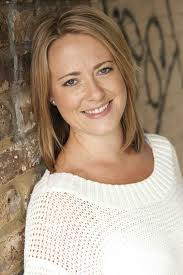 HELEN Winter was born in Grantham, the daughter of church organist and music teacher Geoff Winter and his musician wife Cecilia.

She took lessons in piano, violin, clarinet and recorder as well as singing.

Aged only six, she debuted in Grantham Operatic Society’s The Sound of Music while still at the National School. From thereon she was stagestruck.

In 1992, while at KGGS,  she was a finalist in the BBC Choirgirl of the Year competition. After this she studied for her A Levels at Clarendon College, Nottingham, where her desire to be an opera singer took over.

She became a member of the BBC Singers’ ad hoc chorus from 2001 while studying at ‘The Knack’, an opera training course with English National Opera.

In 2008 Helen was a finalist in the Berlin Komische opera auditions.  In 2009 she performed the roles of Barbarina (in English with Opera Brava) and Susanna (in Italian with Candlelight Opera) in Mozart’s The Marriage of Figaro; Helen sang Barbarina again with Opera Brava in summer 2010.

In early 2010 she appeared as one of the professional opera singers in the ITV series Popstar to Operastar, performing alongside Mexican tenor Rolando Villazon.

Alongside her operatic career Helen has a wide experience performing operetta and music theatre.

She continues to enjoy performing in this style and was the principal soprano at Thursford Christmas Spectacular in 2008 and 2009.

Recital and Concert work regularly takes her abroad. She has performed most of the major Oratorios and has had the pleasure of working with conductors including Nicholas Cleobury (Britten Sinfonia), Mark Elder (Orchestra of the Age of Enlightenment), Nigel Morley (Boston Sinfonia), Peter Robinson (City of London Sinfonia) and Stephen Jackson (BBC Symphony Chorus).

Helen has performed in many prestigious venues as a soloist, such as Saint Thomas Kirche (Leipzig), The Royal Festival Hall (London), Symphony Hall (Birmingham) and St. David’s Hall (Cardiff), amongst others.

But her voice is probably better known to most people through the world of TV advertising.

She has been heard on Selfridges, Levi twisted jeans and her voice was multi-tracked to turn it into a choir for Philadelphia cheese.

She become Grantham  Operatic Society’s  president, taking over from her father Geoff when he died in 2018.