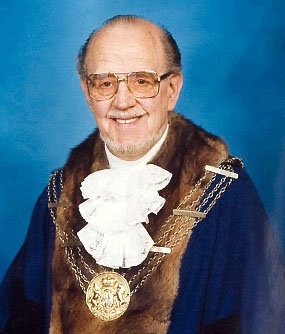 JOHN Wilks was a persistent campaigner for democracy and open government, who was a public servant in the town for nearly 30 years.
Mr Wilks’ quiet demeanour disguised his rebellious and principled nature. He left the Conservative group in the 1980s after refusing to toe the party line.
His campaigns for Grantham people covered a broad spectrum from openness in local government to improved traffic systems for the town.
In 1978 he helped organise a march of Earlesfield children, who were denied free transport to the new Central School.
And in 1999 he was in a minority calling for Asda to be allowed 24-hour opening.
He also formed and was still chairman of Grantham Road Users Association at his death. He was a tireless campaigner for the Grantham east-west bypass and refused attempts to compromise.
One compromise he fought, was to use Springfield Road. Ironically, one of the roads off it is now named after him.
Mr Wilks was first elected to Lincolnshire County Council in 1977.
He joined South Kesteven District Council in 1983, representing St John’s Ward, where he remained until his death.
He was Mayor of Grantham in 1993/94.
Born in Southport, he joined the RAF in 1937 and was posted to RAF Cranwell in 1938. He served at St Vincent’s, Grantham, in Bomber Command. He was also posted to until 1963. During this time he helped with the rebuilding of Baghdad Airport as well as postings in Palestine, Egypt and Bahrain.
He bought a house in Grantham in 1957 and later opened a grocery in Kitty Briggs Lane and with his brother built the flats and shops in Denton Avenue.
Mr Wilks became head of communications for Decca, London, and joined the Ministry of Defence for six years before retiring.
He became chairman of the Civil and Public Service Association then general secretary of the Ministry of Defence Staff Association.
One of his last civic duties was at Prince William of Gloucester Barracks, where he went up in a Tiger Moth, flying over the town for the first time in 70 years, at the age of 87.