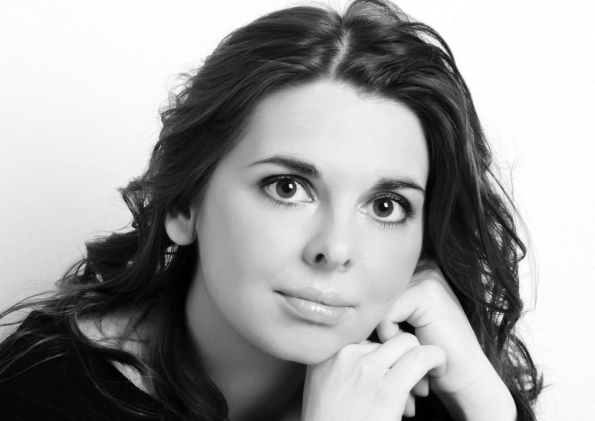 Lincolnshire soprano, Nicola Pulford, went to school at KGGS. While there, she entered the Grantham Music Festival, winning most vocal categories, under the tuition of Anne Abbott, before continuing her studies at Trinity College of Music, London.

She was also a member of St John’s Choir under conductor Geoffrey Winter and has also been a soloist with Grantham Choral Society, performing in St Wulfram’s Church to great acclaim.

At Trinity, Nicola gained a BMus degree with 1st Class Honours and a PG Diploma with Distinction, as well as two choral scholarships.
Nicola completed her vocal studies with a Masters degree from the Wales International Academy of Voice in Cardiff. There she worked with world-renowned Tenor, Maestro Dennis O’Neill CBE and Soprano, Nuccia Focile. She was supported in her studies by the Mario Lanza Foundation, Kathleen Trust, FfWG and Lynn Foundation.

Nicola has since gone on to work for English National Opera on their recording of Macbethwith Chandos, under Edward Gardner OBE, as well as singing in their productions ofCarmen and The Pilgrim’s Progress, being televised with S4C and broadcast live for Radio 3.

Nicola has toured extensively across the UK, Europe and Asia. She has worked with a variety of companies in the UK, including Opera Holland Park, Charles Court Opera, Kentish Opera, Opera Anywhere, Carl Rosa, Opera UK, Absolutely Opera and the G&S Opera Company.

Concert and recital work includes opera galas in Dubai, prize-winning performances in Spain and premiering a work in Paris.
Nicola has performed in many of the main concert venues in London, including St.Martin’s-in-the-Fields, Queen Elizabeth Hall, Royal Festival Hall and at London’s Cadogan Hall with Classic FM. She also sang with Dame Kiri Te Kanawa in 2012 on the Wales Millennium Centre Opera House main stage.

Nicola has worked with Sir David Willcocks and the late Sir Charles Mackerras and was a  John Kerr Award Finalist and a Young Concert Artist’s Trust semi-finalist.

In 2012 Nicola made her solo debut recording and recorded the Soprano soloist role in the Messiah in 2013.