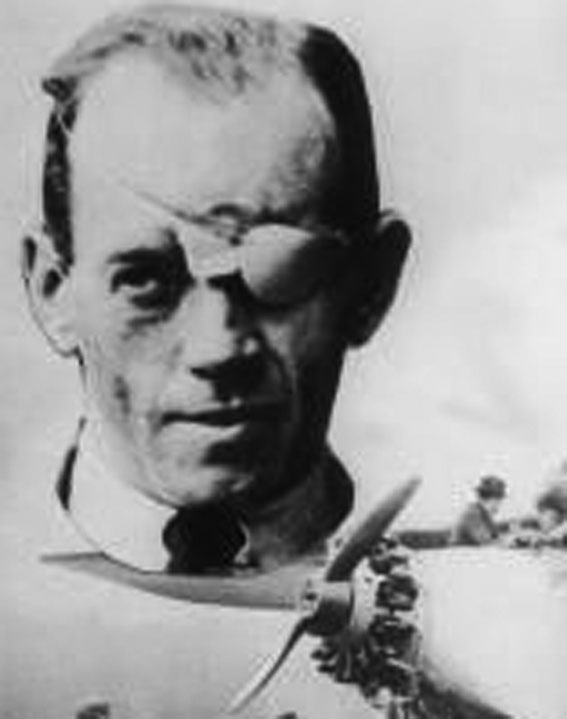 MYSTERY surrounded the disappearance of a pilot and a society lady who went missing over the Atlantic Ocean in 1928.

Captain Walter George Raymond Hinchliffe and the Hon Elsie Mackay, set off from Cranwell in their monoplane Endeavour hoping to become the first to fly the Atlantic from east to west non-stop.

The feat had been achieved by airship but not by aeroplane.

The couple planned the expedition in secret at the George Hotel, Leadenham.

On the fateful morning, the couple were driven to Cranwell by chauffeur from the hotel wearing their flying suits.

Captain Hinchliffe was a distinguished Royal Naval Air Service and Royal Air Force flying ace in World War I who was awarded the Distinguished Flying Cross.

Hinchliffe spoke four languages, was an avid reader, a skilled artist, an accomplished sportsman and a skilled mechanic. He met his Dutch wife Emilie Gallizienwhen he was Chief Pilot of the

Royal Dutch Airlines (KLM) and she was assistant to the company’s General Manager.[2]

After the War he became a widely experienced pilot, pioneering, opening and flying many civilian routes for both KLM and Imperial Airways. In 1920 he made the first airmail flight from Holland to England. In 1921 he made the first civilian passenger night-flights from Lympne to Amsterdam, and Amsterdam to Berlin.

At 08:35am on 13 March 1928 Endeavour took off from RAF Cranwell, with minimal fuss as Walter had told only two friends and Elsie.

Approximately 5 hours later, at 13.30pm the Chief lighthouse keeper at Mizen Head on the south west coast of Cork Ireland saw the monoplane over the village of Crookhaven on the great circle course for Newfoundland. A French steamer later reported seeing them still on cours but nothing else is known.