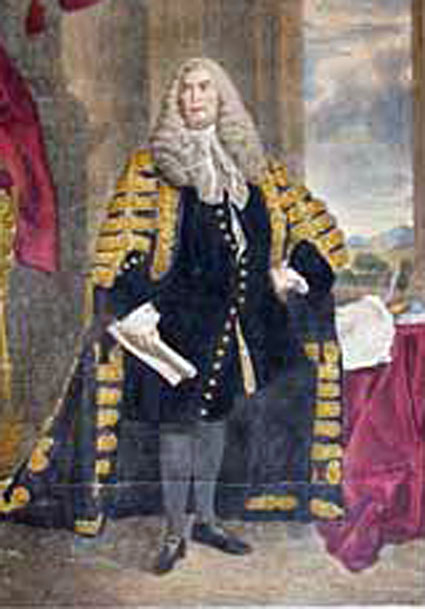 SIR John was a Member of Parliament from 1743 and Speaker of the House of Commons for the last eight years of his life.

His early death at the age of 51 was the result of having to preside over lengthy and excited debates without a break.

These could last up to 17 hours and his constitution was ruined to the extent that he died only days after his retirement.

It was customary for the Speaker to keep, in lieu of a pension, the entire contents of his official home when he retired. These included a 200-piece silver dinner service.

It is decorated with the arms of George III and has handles formed by the Royal Supporters.

Although Speaker Cust did not live to enjoy the rewards due to him for service to his country he was created 1st Baron of Belton in 1776.