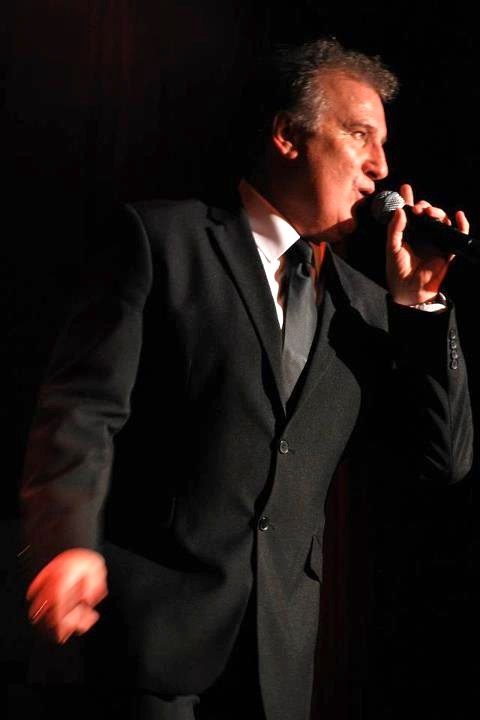 He came to Grantham in 1966 and lived above the hairdressers on Wharf Road before moving to Welby street in 1967.

Terry attened St Wulfram’s School from 1966-1970. During his time there, the only thing he was good at was music. He played trumpet, trombone before taking up the drums. He played in the pantomime band.

Like most of his contemporaries he went to BMARCo’s Hall every weekend watching the Rhythm Makers, and really wanted to play in the band. He drummed along to Beatles records and rock ’n’ roll.in his Welby Street attic.

Then in 1972 there was a knock on the door. It was Dave Knight asking Terry’s mum who the drummer was then offered offered him an audition at the Lotus House.

Then while playing in the Lotus, Trev Leeson came to do a spot…he offered him a job in a group at BMARCo along with his brother Bob. Therefore The Leeson Brothers were born, who then went on to be a top cabaret band on the club circuit.

With the Leeson Brothers he auditioned for TV talent show New Faces, before joining a Cheshire-based group to tour the Middle East on contract to BP.

In 1978 he joined local group Streetlife , followed by Times Change.

In the early 1980s he joined several other Nottingham and Lincolnshire bands until eventually Trevor Leeson came along in 1985 and offered him his biggest job to date…as Lena Martell’s drummer.

He was on the bill with the likes of former chart-toppers The Merseybeats, The Fourmost and comedian Stan Boardman. He recorded a number of CDs.

Terry had two great years with her, and when that came to an end, decided to take a break.

He decided to have a go at being a solo singing act in 1989, and still going strong today!

But in 2002 it nearly all ended. His decision came at daybreak on Easter Sunday as he returned home from a booking at the Mermaid Club, Withernsea, near Hull.

He said: “I arrived home at 3.50am and thought I could do without this. I’ve been doing this since I was 17 and its time to pack it in.”

Terry, whose voice is reckoned to be a cross between Tom Jones and Engelbert Humperdinck, burned his bridges. He sold his equipment to concentrate on his business, TC Roofing – but just couldn’t stay away from the music scene.

Within months he was back behind the microphone.

And just as well for in 2012 he picked up an award for Best Male Vocalist in the East Midlands.

Trev Leeson likes to tell the tale of the working man’s club comphere who when introducing Terry suddenly forgot his name.

He looking through the window and saw his van, then announced: “Here’s a man you all love and needs no introduction – Mr T C Roofing!”

Terry, like most local musicians, is grateful to Grantham’s Mr Fixit – Noel Wallis

He said: “Noel has got me some great jobs, including The Theatre Royal in Lincoln and The Guildhall in Grantham. He was a great help.”