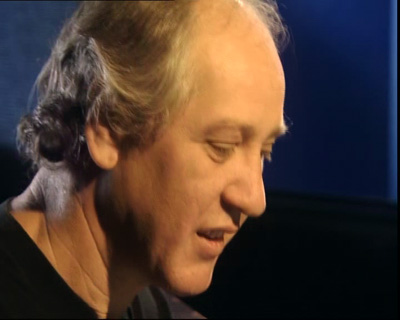 He is best known for his work with The Who and associations with others including Eric Burdon, Bob Marley and the Wailers, Roger Waters, Free and Crawler. Bundrick is noted as the principal musician for the cult film The Rocky Horror Picture Show. In the mid-1970s, he was a member of the short-lived group Mallard, formed by ex-members of Captain Beefheart’s Magic Band. He is also known as a composer and has recorded solo albums.

Bundrick toured and recorded with Texan vocalist Johnny Nash and played on Nash’s hit single and album I Can See Clearly Now (1972). He met Bob Marley while in Sweden, while working on the soundtrack to the Swedish film Vill så gärna tro. Marley, Bundrick, and Johnny Nash became roommates there during the stay. Sometime after their return to London, Bundrick was brought in to collaborate on arrangements for Marley’s Catch a Fire album, adding keyboards to the original Jamaican recordings to make the record more accessible to listeners.

Bundrick first worked with Pete Townshend in 1977 when he performed on Rough Mix, Townshend’s solo collaboration with Ronnie Lane, former bass player for Small Faces and Faces. He was invited to play on the Who’s album Who Are You (1978), but broke his arm falling out of a taxi at the studio door and was unable to participate in recording sessions.

Bundrick toured with The Who from 1979 to 1981 along with drummer Kenney Jones and played on their album Face Dances (1981), then briefly parted with the band during the recording of It’s Hard (1982) and the subsequent tour. Bundrick later rejoined the band performing with them at Live Aid in 1985 and has since played live with them for most of the last 20 years.

During this time, his country retreat was a house down the Drift, at Harlaxton.

In the spring of 2008, Bundrick married Canadian Jody Ahern.

In 2008, Bundrick performed at the recording of VH1 Honors The Who in Los Angeles.