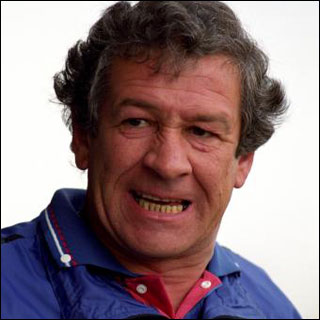 Born in Montevideo, Uruguay, Bergara began his playing career at the age of 16, playing for Racing Club in the Uruguayan First Division, picking up a handful of under-21 caps for Uruguay, before moving to Spain in 1962 where he was top scorer for Real Mallorca for four seasons and Sevilla for two seasons.

While playing in Spain Bergara married an English travel guide, Jan, and when he retired from playing football they moved to England.

Bergara coached the reserve teams at Luton Town and Sheffield United before getting his first managerial job at Rochdale in August 1988.

In 1989, after seven months at Rochdale, he took over as manager of Stockport County.

Bergara is  one of the first Football League manager who did not speak English as a first language. He was also the first manager born outside the British Isles to lead an English club out at Wembley, when he took Stockport County to the 1992 Autoglass Trophy final.

1993-94 was his last full-season in charge of The Hatters another trip to Wembley losing to Burnley 2-1 again, referee David Elleray controversially sending off two Stockport players Mike Wallace and Chris Beaumont. The only time the same side has ever had two players sent off at Wembley.

Just before the end of the 1994-95, Bergara stepped down as Stockport manager but such was his esteem, in 2012 the club renamed the Main Stand of their Edgeley Park ground after the popular Uruguayan.

Shortly after leaving Stockport, Bergara joined Sheffield Wednesday as assistant to David Pleat, but after one season departed to become manager of Rotherham United, during this stint, Rotherham had one of their worst seasons ever on record. Bergara left following the poor season.

A brief spell at Doncaster Rovers followed, during which time the club were featured in the 1998 Channel 5 ‘fly-on-the-wall’ documentary “They Think It’s All Rovers”.

For the 1998-99 season, he was manager of Grantham Town, who had just won promotion to the Southern League Premier Division. He was brought by the club’s controversial chairman Reg Brearley.

A string of poor results saw Bergara become the club’s Director of Football and Chief Scout, with Tony Kenworthy, becoming manager. Later he scouted for Sunderland.

Bergara died after a short illness one day after his 65th birthday.