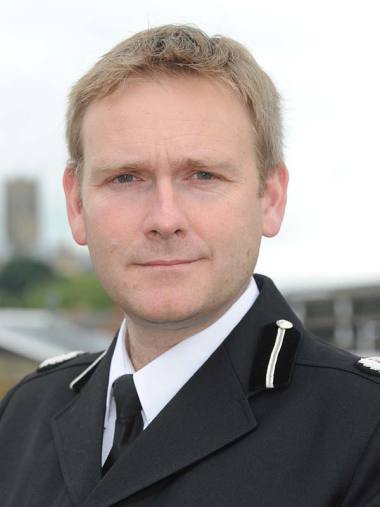 BORN near Gainsborough, Roger Bannister was a pupil at the town’s Queen Elizabeth School.

Only leaving, he went to work in retail management in London.

In 1988 he graduated from the University of Portsmouth with a BSc in policing studies and joined Lincolnshire Police.

He progressed through the ranks both in uniformed operations and criminal investigation roles, particularly enjoying his experience as a detective and in 1991 was posted to Stonebridge, Grantham.

He made his home here.

During that time, he was commended as a Detective Sergeant for detecting a knife-point stranger kidnap and sex attack on a young schoolgirl and then ten years later, as the Head of CID, being commended over a four-year long global child protection investigation.

But a low point came in In February 2002, when he was one of three officers investigated by the Police Complaints Authority after police bugging forced the acquittal of five suspects accused of murdering Grantham man Mark Corley.

The men walked free from court after the judge in the case heard how they had been recorded by police as they talked with their solicitors. The Police Complaints Authority’s investigation found the three officers were incompetent but not corrupt.

He took command of the crime support department in June 2009.

In October 2010 Roger took up the role as temporary Assistant Chief Constable (Protective Services) in Lincolnshire Police and in March 2012 graduated from the Strategic Command Course.

He was appointed as Leicestershire Police’s Assistant Chief Constable (Crime) in June 2013 and retired in 2018.

Roger is married and has twin boys.

He enjoys mountaineering (which has included trips to Scotland, the Alps and the Himalayas) skiing, running and open water swimming.