ALTHOUGH he never lived here, Herbert probably had the biggest effect on Grantham’s economy than anyone.

It was his invention, manufactured by local engineering company Richard Hornsby and Sons, which really put the town on the map. 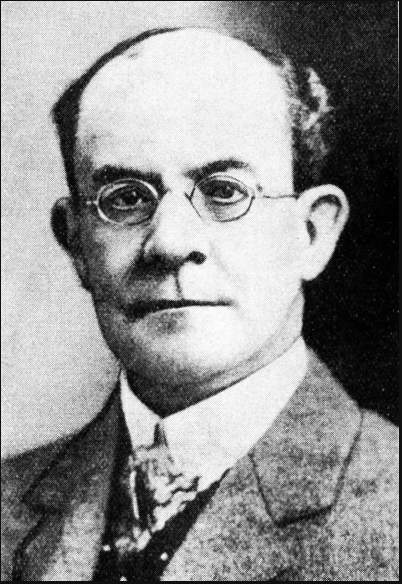 Born in Halifax, Yorkshire, England ,he invented the hot bulb engine, or heavy oil engine – the fore-runner of the diesel engine.

Akroyd-Stuart lived in Australia in his early years. He was educated at Newbury Grammar School (now St. Bartholomew’s School) and Finsbury Technical College on Cowper Street. He was the son of Charles Stuart, founder of the Bletchley Iron and Tinplate Works, and joined his father in the business in 1887.

In 1885, he accidentally spilt paraffin oil into a pot of molten tin. The paraffin oil vaporised and caught fire when in contact with a paraffin lamp. This gave him an idea to pursue the possibility of using paraffin oil (very similar to modern-day diesel) for an engine, which unlike petrol would be difficult to be vaporised in a carburettor as its volatility is not sufficient to allow this.

His first prototype engines were built in 1886. In 1890, in collaboration with Charles Richard Binney, he filed Patent 7146 for Richard Hornsby and Sons of Grantham.

Akroyd-Stuart’s engines were built from 26 June 1891 by Richard Hornsby and Sons as the Hornsby Akroyd Patent Oil Engine under licence and were first sold commercially on 8 July 1892. It was the first internal combustion engine to use a pressurised fuel injection system.

Hot bulb engines were produced until the late 1920s, often being called “semi-diesels”, even though they were not as efficient as compression ignition engines.

They had the advantage of comparative simplicity, since they did not require the air compressor used by early Diesel engines; fuel was injected mechanically (solid injection) near the start of the compression stroke, at a much lower pressure than that of Diesel engines

There is a plaque in Denmark Street, Bletchley, UK, commemorating the work of Herbert Akroyd Stuart

Diesel was, however, credited with the innovation, despite the adduced evidence to the contrary.

In 1900, Akroyd -Stuart moved to Australia and set up a company Sanders & Stuart with his brother Charles, latterly moving back to Yorkshire, England. He died of throat cancer and was buried in All Souls church in Boothtown, Halifax.

The University of Nottingham has hosted the Akroyd-Stuart Memorial Lecture on occasional years in his memory since 1928. One was presented by Sir Frank Whittle in 1946. Akroyd-Stuart had worked with Professor William Robinson in the late 19th century, who was professor of engineering from 1890 to 1924 at University College Nottingham.

Akroyd-Stuart also left money to the Institution of Mechanical Engineers, Royal Aeronautical Society and Institute of Marine Engineering, which provided for their respective bi-annual Akroyd-Stuart Prizes.