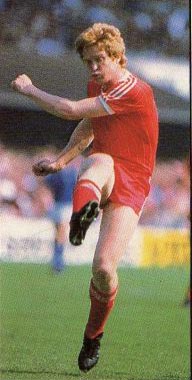 He was signed by Spurs in September 1975, and made 54 appearances in two seasons.

Young immediately became a regular in the first team, and played in all of the Gunners’ trio of FA Cup finals.

Having played 237 times for Arsenal, the 30-year-old Young then joined Nottingham Forest in December 1981 for £50,000, and played 59 times over two seasons there.

Young left the game completely after his retirement, and after running a pub near Nottingham, he now owns Belvoir Kennels in Bottesford.

He is occasionally on television as a football pundit on STV’s Scotsport.