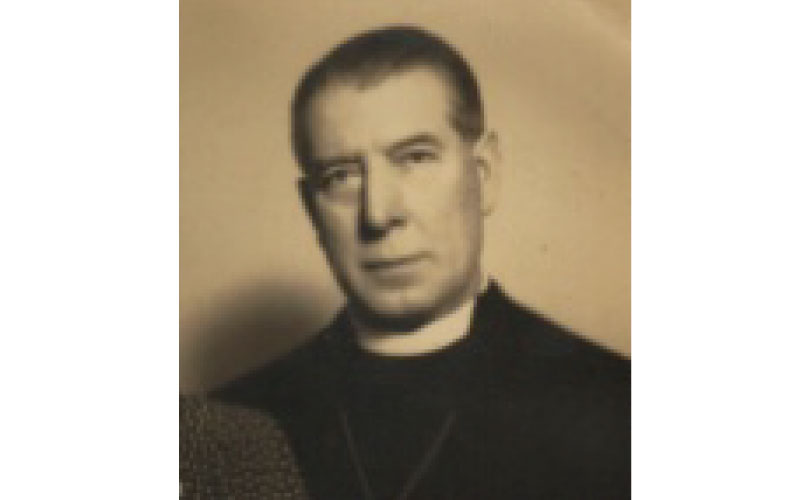 JOHN William Charles Wand was the Archbishop of Brisbane in Australia before returning to England to become the Bishop of Bath and Wells before becoming the Bishop of London.

Born in Welham Street, Grantham, he was the son of Arthur James Henry Wand, a butcher, and his wife Elizabeth Ann Ovelin, née Turner.

Arthur was a staunch Calvinist, but his mother brought him up in the Church of England.

Educated at The King’s School, Grantham and St Edmund Hall, Oxford, where he took first-class honours in theology he prepared for ordination he was ordained a deacon in 1908 and a priest in 1909.

He served curacies at Benwell and Lancaster and married Amy Agnes Wiggins at St Leonard’s parish church in Watlington, Oxfordshire.On the outbreak of the First World War he enlisted as a military chaplain and reached Gallipoli in July 1915. He was a chaplain to the 2nd Australian Hospital and, after being invalided home with paratyphoid fever, served in France.

Demobilised in 1919, Wand was made perpetual curate of St Mark’s Salisbury.

In 1925 he became a fellow and the dean of Oriel College, Oxford and university lecturer in church history.

Eight years later he became Archbishop of Brisbane but those who had wanted a local dignitary in the post united to oppose Wand. His attempts to eradicate slackness made him appear authoritarian to his clergy.

His arrival in Queensland was also overshadowed by the accidental death in Switzerland of his only son, Paul.

Wand made a lecture tour of the United States of America in 1940. He argued in support of a new constitution for the Church, but thought that the proposed appellate tribunal should have a majority of bishops, rather than legal laymen, to determine points of doctrine. With his friend Bishop Batty, he supported the early ecumenical movement.

During World War II, when Brisbane resembled a garrison town, Wand and his wife worked for the Soldiers, Sailors and Airmen’s Help Society.

Early in 1943 Wand hew was offered the see of Bath and Wells where he served for two years before taking on the role of Bishop of London, succeeding Dr Geoffrey Fisher, who was appointed Archbishop of Canterbury.

He resigned his see in 1956 and officiated as canon and treasurer of St Paul’s Cathedral, London, until 1969 and edited The Church Quarterly Review.[2]

He died in August 1977 at the College of St Barnabas, Lingfield, Surrey, and was cremated.