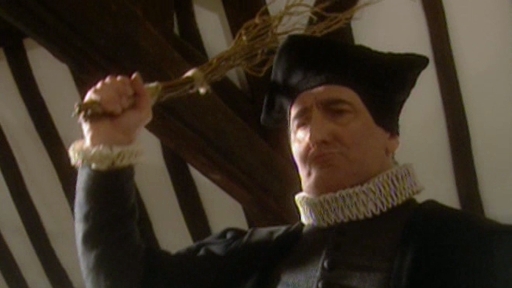 GERVASE Tyndall was from a long established family, originally from Northumberland, but had settled in Deene Park in Northamptonshire.
He was sent to Oxford University, where gained his BA on 25th February 1530.
He was the headmaster at Grantham Grammar School from 1534 until 1537. When he arrived at the school, the school building and the headmaster’s house would have been new.
In 1535, after Henry VIII had married Anne Boleyn and broken with the Papacy, Tyndale became a self appointed informer against people who supported the Catholic faith.
He reported the warden and friars of Greyfriars’ House in Grantham, who were accused of supporting the Pope against the King.
He also wrote to Thomas Cromwell in Latin complaining about a priest called Stanley who preached to the people in Grantham church on purgatory and Masses for the dead.
In 1536, his distant cousin William Tyndale was tried for heresy and executed in Vilvoorde outside Brussels after translating the Bible into English.
Gervase left King’s School 1537, when he was appointed headmaster of Eton College.He was now a well thought of spy, which is clear from Henry VIIIs letters and papers.
In 1538, he became a member of the household of Catholic Margaret Pole the Countess of Salisbury, whose son was Cardinal Pole, the last Catholic Archbishop of Canterbury. She was the daughter of George Duke of Clarence, the brother of Edward IV and was brought up with the King’s children at court.
For a short time after the death of the King’s children, her brother became heir to the throne and she became princess royal.
After the Battle of Bosworth Field, she remained a claimant to the English throne and Gervase Tyndale became part of her downfall and ultimate brutal execution, after continuing as a spy for Cromwell.
In August 1538, Tyndale was a patient in a hospital founded by Margaret. Surgeons Richard Ayer who was sympathetic to the new religious governmental policy, faced dismissal from Margaret Pole’s staff.
He found a kindred spirit in Tyndale and gossiped to him about what he heard had happened in the household.
Gervase was called before Cromwell at Lewes, and reported this gossip concerning a number of circumstances about the escape some years before of the countess’s chaplain, John Helyar, rector of Warblington beyond sea, and about clandestine messages sent abroad by Hugh Holland, probably to Cardinal Pole himself.
Margaret was removed to the Tower and executed in 1541, a year after Cromwell.
Nothing further was heard about Gervase Tyndale.