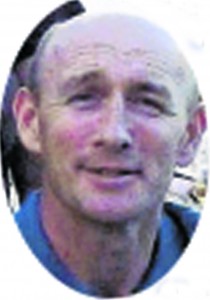 ROPSLEY born Nicholas Steptoe, went to the village school, until his family moved to Grantham when he switched to Earlesfield County Primary, followed by St Hugh’s.

He studied his bricklaying City & Guilds at both Grantham and Lincoln colleges, as an apprentice with local builders Fosters.

After a spell at Ken Greasley’s, Bottesford, he went self-employed following the company’s liquidation.

His work took his across the country and into Europe.

But it was as a local sportsman he was best remembered.

He made his First team debut with Grantham Town in November 1985 at Leamington and played in many of that season’s games, up to his final appearance in April 1986 against Redditch United.

He also played cricket for Ropsley.