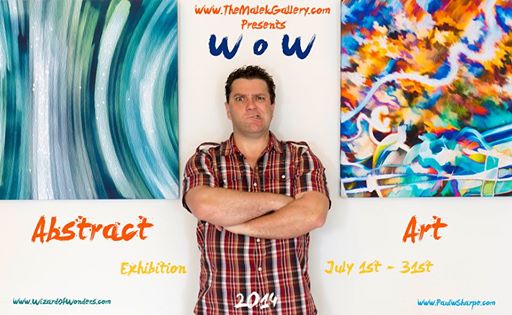 PAUL Sharpe was born in Skegness but moved to Grantham when he was five.

He went first to Little Gonerby School, then The National School and The Central School.

He moved to Canada in 1986 to work in his father’s and uncle’s business. This had been originally founded by his grandmother Mona Westray Sharpe, who had a shop on the seafront in Skegness and did the same sea shell-art in Canada.

After working and running the business for 25 years Paul decided he needed a change so began to pursue photography which in turn led to his abstract art.

His big breakthrough and first gallery solo show was in July 2014 in Langley, British Columbia, Canada.

His work animated collage was also displayed on a huge billboard in Time Square, New York,  USA  during the same month.

He works under the name  Wizard of Wonders.

His mother Sue continued to live in Grantham until about 2009 years ago when she retired from working at the Grantham jobcenter and moved to Skegness to be closer to her family.