The holiday season is quickly approaching and new research reveals when most Brits will put up their Christmas tree this year.

Penny pinching pro’s NetVoucherCodes.co.uk asked Brits the age old question – when should you put your Christmas tree up?

Each year it seems as though the festivities begin earlier and earlier and whilst some people think it’s okay to put the tree up in October, others wait until we are well into December before decorating.

Last year many Brits decided to put up their tree extra early due to lockdown boredom.

Celebrities like Britney Spears have already shared that they’re getting into the festive spirit early by showcasing their tree on Instagram in the past few weeks.

The data from NetVoucherCodes.co.uk reveals that just over half of Brits put their tree up in December, and out of those people, 41% agree that the tree should go up in the first week of December.

Surprisingly, 44% of Brits put up their tree in November.

Traditionally, the tree should be put up at the start of advent, which is the fourth Sunday before Christmas, any earlier is deemed as being bad luck.

When looking at this year’s calendar, the beginning of advent falls on November 27th, the last full week of November, which according to the data is when 32% of Brits will be decorating their tree.

A spokesperson for NetVoucherCodes.co.uk said: “It’s a debate we have each year with one another – how early is too early to put up the tree?

“Our research found that some people find it so much hassle that they wait as long as possible before setting up their Christmas tree and some don’t even put one up at all.

“On the other end of the spectrum, you have families and individuals that will have theirs up as early as October and November, especially this year with the fear of Christmas tree shortages.

The 10% of Brits who wait until the middle of December to put their tree up are usually waiting for birthdays and other events like Bonfire Night to pass, but perhaps we should start putting up our tree earlier.

According to professional psychologists, decorating for Christmas leads to an increase in dopamine, which is our feel-good hormone, and produces happiness.

This all happens because festive decorations remind us of childhood which was a much simpler and happier time.

Whenever you put the tree up – make sure there are plenty of mince pies and festive tunes to accompany.

These are the most cat-friendly dog breeds! 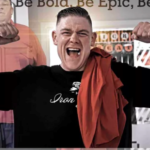 Support the BIG DOG to help those in need 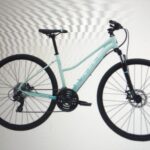