After qualifying at Guy’s Hospital, he came to Grantham in 1885, taking over the retiring Dr Frederick Newcombe’s practice. 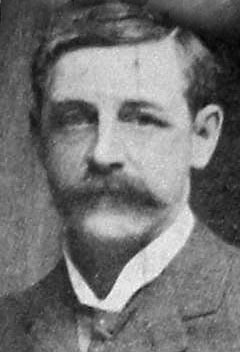 Three years later he was appointed Medical Officer of Health for the borough, as well as School Medical Officer,  senior hon surgeon and a member of the management team at Grantham Hospital.

A member of the 2nd Bat Volunteer Lincolnshire Regiment, he became a captain in 1890 and a surgeon-major in 1902. He became medical officer to the 4th Battalion and when war broke out in 1914 he was at camp with them.

He was stationed in England until February 1915 when he was posted to France, working in the trenches.

He returned that year but continued to work for the Red Cross and RAMC of which he was Commanding Officer OF No 2 Field Lincolnshire.

After the armistice, he worked tirelessly for the county Red Cross.

Outside own profession, Dr. Poole Berry for many years was chairman of the Grantham Philharmonic Society.

He was a supporter the National Society for the Prevention of Cruelty Children, took a deep interest in church architecture, Grantham Museum, and chaired Grantham Scientific Society.

Dr Poole Berry, who lived at the Priory, Union Street, died following a complete breakdown, believed to have been caused by his busy life.