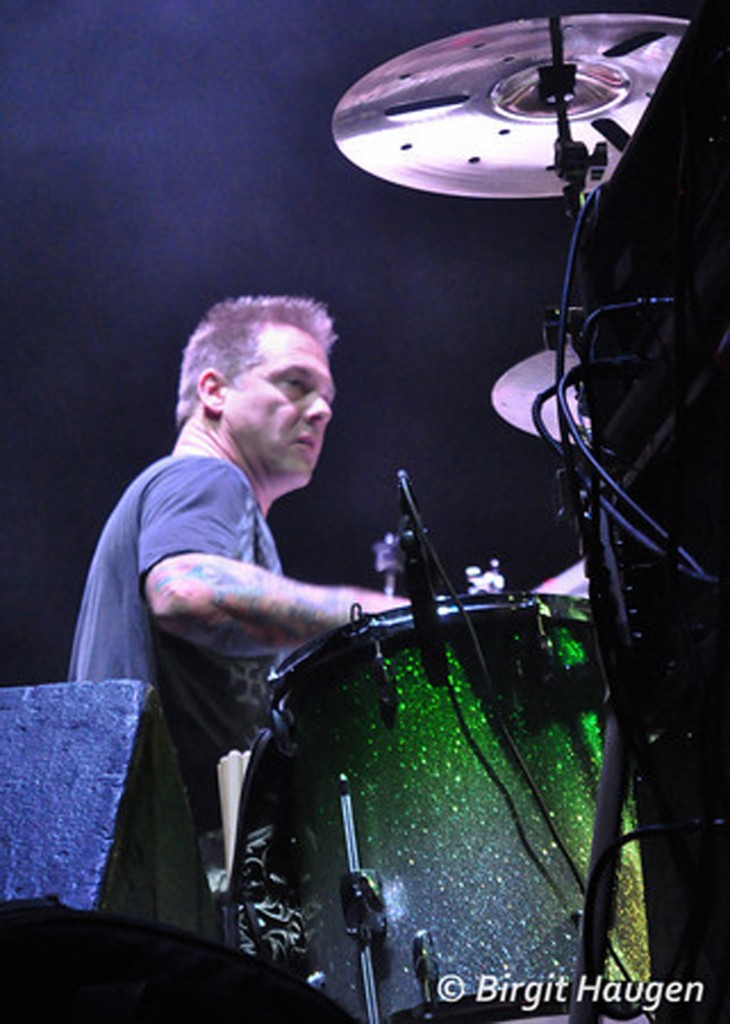 DRUMMER in The Damned, Andrew Pinching, was born in Grantham and went to the King’s School.

He was a member of BMARCo Amateur Boxing Club. He began boxing at eight years old for Rugby Irish Club, while living with his father who was divorcing.

He returned to Grantham with his mum.

Pinch  joined BMARCo’s ABC and with them reached the semi finals of the schoolboy championships two years in a row, beaten by the eventual winners both times.

He was seriously thinking of moving to professional boxing, when his trainer emigrated to Australia and he discovered punk rock.

He sported a Mohican hairstyle and became a founder member of English Dogs in 1980 – with no music experience and staged their first gig upstairs at the Earlesfield Arms.

According to Pinch: “I got the oldest punk in town to be the singer (Wakey Wakefield) and guitar player Jon Murray, who was fed up playing in a rock band called Overdrive, so he brought his flying V with him and we promptly bashed a couple of 6 inch nails through it to make it look more punk.
“My mate Wattie got a bass for xmas, which left the drums, so I kind of picked it up by default.”

Pinch says his mum bought his first drum kit right before she moved out of town to avoid a violent relationship with a total psycho.

He shared a flat with Wakey over a High Street shop opposite Guildhall Street – which has since become legendary. He is also a founder member Janus Stark.

He has been drummer in punk band The Damned since 1999 and moved to the USA in 2002 after meeting his future wife Miranda.