IRNHAM-born Walter Alfred Charles Partridge went to the village school and one in Lichfield, Staffordshire, before returning to his old home where his father was gamekeeper to the Benton-Jones family at Irnham Hall. 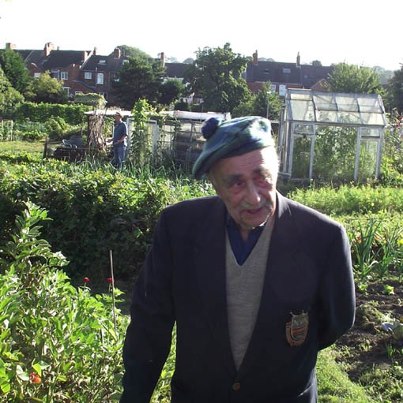 After working with his father, he was called up in 1940, starting in the 7th Battalion, the Lincolnshire Regiment and transferring to the Royal Artillary.
He was with the South Coast Ack-Ack and was in the D-Day landings on June 7th.

He said: “We left the following day. The trouble was, the Germans knew we were coming.

“We defended Pegasus Bridge. Sweeny (Richard) Todd helped capture it and we held it.”

He returned to Irnham after seven years and took over his father’s role as gamekeeper.

About 20 years later he left the land, moved to Grantham and worked at Aveling Barford for 17 years.

For the past 47 years, he has held an allotment in Inner Street. He still goes down nearly every day, weather permitting.

“You make a lot of friends down here. You don’t eat everything you grow, you barter with fellow allotment-holders.”

He also has apiaries, although he’s gradually winding down the bee-keeping side of his hobby.

And he also likes to travel. He still flies over to see his grandchildren in Tokyo. He’s already been 14 times.