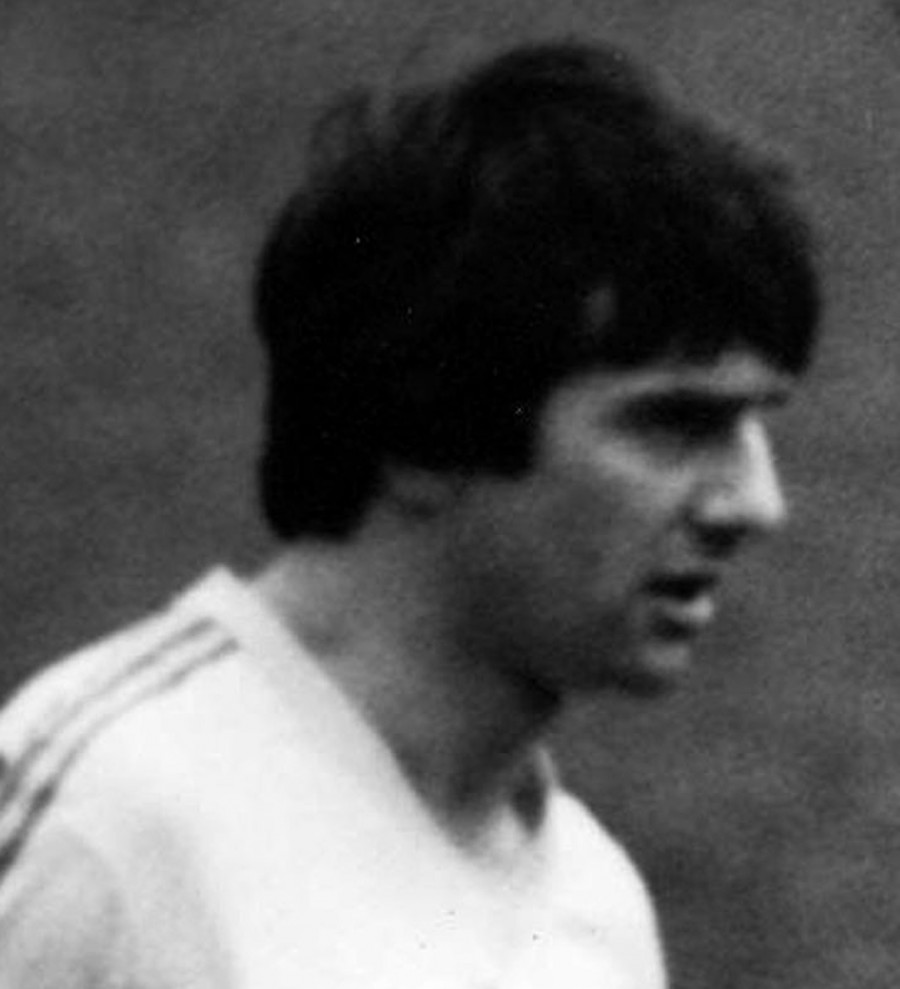 BORN at Ilkeston, Jonathan Nixon began his footballing career at Derby County and Ilkeston Town, before scoring 65 times in a total of 420 appearances for Notts County.

He joined  Peterborough United, where he scored the winning goal in the FA Cup match against Nottingham Forest that sent The Posh to Old Trafford, Shrewsbury Town, Barnsley and Halifax Town.

After spells at Long Eaton United and Burton Albion, Jon came to Grantham as Player/Manager, making his debut in the opening County Cup tie of the 1981/82 season at home to Boston United.

He  scoring his first goal in the October league fixture against Buxton. He played in many of the games during that season, while the following campaign saw appearances for him in the County Cup Final victory at Scunthorpe United and the final qualifying round of the FA Cup against Telford United, with what would turn out to be his last goal for the club in the previous round at home to Armitage.

During that spell, he came up with the immortal statement “We’re in a winning rut!”. He was referring to the team playing appallingly, but because they were winning it was difficult to justify changes.

Jon missed many of the games in the latter half of that campaign, but played in the closing fixture at Matlock Town. He went on to join the management teams at Shepshed Charterhouse and then Kettering Town, but by the mid 1990s was working with his old team-mate, Dave Needham in a company supplying personalised number plates.

He is now a sales director for an internet learning company.