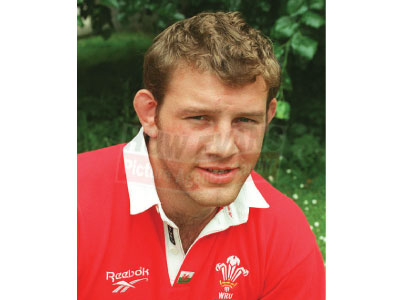 LIKE his brother Andy, Stephen John Moore played for Swansea and Wales although they never played together in the same international side.

Born in Barrowby Road, Grantham, he moved to Wrexham when he was seven.

Lock forward Steve’s only international season was in 1997, when he made three appearances, against Canada, Romania and Tonga.

Steve, 6’4in and 17 stone, moved on to Moseley and Cardiff, before joining French club Narbonne.

Prior to it becoming a professional sport he was an officer in the Dyfed-Powys Police Force.

In early 2012, after 18 months of research and planning, with his brother Andy, they launched a new business ACT, a Career Transition Management service for professional athletes.

Since retiring from professional rugby in 2004 he was involved in a variety of business environments including property development, web development, internet retail, sports teamwear, branding and production.

During season 2009/10 he was the Director of Rugby at semi-professional Waterloo Rugby Club.