LIKE his fellow rugby-playing brother Rory, Sean was born in Perth, Scotland and grew up in Bottesford, attending the village primary school.

He played football as a pupil at Belvoir High School, before his move to King Edward VII School, Melton Mowbray.

He took up rugby as a pupil at Melton  and played for Melton RFC before going on to achieve big things in Scottish colours.

He played for Leicestershire Colts while at Sheffield Hallam University. 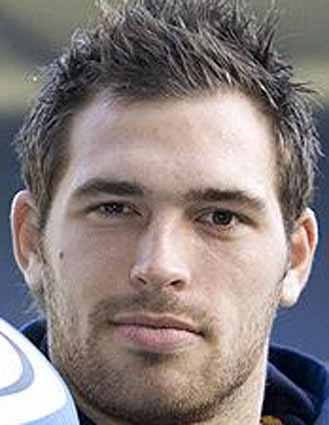 Sean became the second most-capped Scotsman of all time, surpassing Scott Murray in the all-time list when he played against Canada in Toronto in June 2014.

In a 10 year international career Sean became the eighth Scot to reach the milestone of 75 or more caps when he appeared in the 2013 RBS 6 Nations Championship game against Wales at Murrayfield. He has scored 12 tries for Scotland through his ball-hunting and powerful running.

The most recent of those was in Scotland’s 42-17 victory over Japan in the first match of the 2013 Autumn Tests, his fourth try of the year for the national team.

He was named The Famous Grouse Scotland Player of the Season in 2007, the first out-and-out wing to win the prize in the award’s 11 seasons at that point. He went on to play in four of Scotland’s five matches in the 2007 Rugby World Cup, but a knee injury while he was playing for Northampton in November 2007 ruled him out of the 2008 RBS 6 Nations Championship.

Sean won his first Scotland cap against Samoa in Wellington, New Zealand, on the 2004 summer tour and went on to start in the two subsequent Tests against Australia.

Sean joined Glasgow from Rotherham in the summer of 2003 before moving to Northampton Saints in 2005 and then Scarlets in 2009.

He played in Scotland’s sevens team in the 2002 Commonwealth Games at Manchester.