Former Grantham Mayor Coun Ray Wootten has spoken to the Chairman of the Association of Charter Trustees Charles Talbot  this morning regarding creating a town council.

This is a direct result of proposals to scrap SKDC and the county council and replace it with a unitary authority.

His advice is, should the county council proceed with plans down the route of Unitary Authority Grantham needs to propose a resolution calling on the District Council to carry out a governance review for the parishing  of the town of Grantham.  This could take a year.

The Parliament Act to do this is the Reorganisation of Community Governance Act 2015.

Section 93 and 96 of the Local Governance and Public Involvement in Health Act 2007 is also used.

The second way is to raise a petition with 5% of the town’s populace, approx 2,000 who support this proposal. This route would ensure that SKDC carries out a review.

Mr Talbot’s advice was that it is better to do this ourselves than have a parish council imposed on us under the Government’s terms of reference.

Mr Talbot has recently been involved in the formation of a town council in Kidderminster, a town council was created on the 1st December 2015. It’s district council carried out a poll which showed that almost 80% of the population voted in favour.

Should the SKDC go, then all 15 Charter Trustees would be lost and only those County Councillors who are within the old Borough – three of them – be eligible to stand as Mayor.

Coun Wootten said:  “If the proposal to create a Unitary Authority is successful,  it is vital that a town Council for Grantham is created to ensure that local people have control over their own destiny.” 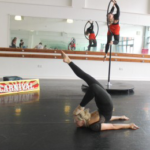 Grantham’s Little Mermaid is back on the road 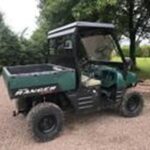