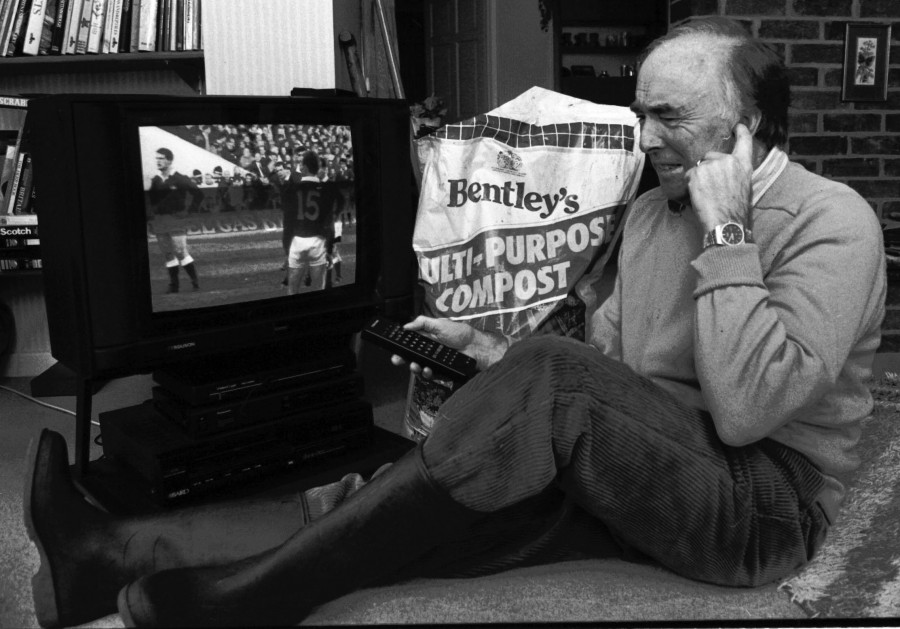 A CAREER as a comedy scriptwriter allowed Howard Imber to rub shoulders with TV superstars like Chris Tarrant, Lenny Henry and Bob Monkhouse.

He became a quantity surveyor, first with the Air Ministry then after a spell with a private company went to Fosters Builders,with whom he eventually became sales and marketing manager.

Howard was working as a quantity surveyor for Wharf Road builders Fosters in the early 1970s when he sent scripts with topical jokes into Radio 4 topical comedy show Week Ending.

His jokes were such a hit he became a regular contributor to a show that was to prove his launch pad to becoming a TV writer, with The Two Ronnies his first show.

A glut of TV work followed, with Howard writing for Bob Monkhouse and Lenny Henry and working on Tarrant’s TISWAS and OTT programmes.

Working with Tarrant led to Howard working on one of the best-loved gameshows of the 1980s.

He met Jim Bowen on set, and with the comedian in need of a scriptwriter for the third series of Bullseye, Howard stepped into the breach and continued for several successful series.

Other noted celebrities Howard worked with include Angus Deayton, a fellow script associate on OTT, Cilla Black and Michael Barrymore.

A former King’s pupil, Howard has twice been chairman of the school’s Old Boys Society, including during its centenary year.

He also helped launch the society’s newsletter, The Old Granthamian, and still writes for it today.

Howard says his comic talent may have come from his grandmother Sarah Rilett, a keen performer who lived in Barkston and gave famous turns at the village hall.

He developed his writing skills during his time as a member of Grantham Round Table, and says encouragement from fellow members following after dinner speeches gave him the confidence to expose himself to a wider audience.

After retiring he received an Open University degree.

A keen sportsman, Howard was a forward for Kesteven Rugby Club and a member of Grantham Tennis Club, a sport at which he was of county standard.

But in 1992, as he crossed the road to the Welford Road ground to watch Leicester Tigers, he was struck by a car which left him badly injured. Within six months he was in New Zealand following the British Lions tour, but the accident had taken its toll and he ceased to write any more comedy.