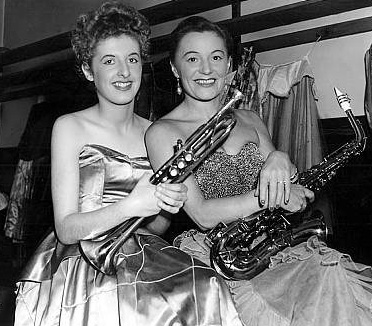 ELAINE Harris, of Station Road, Grantham, struck a blow for women musicians.
When only 15 she joined the top all-women Ivy Benson Band, playing at Torquay.
She had seen the band playing at the Marble Arch Corner House, London, and asked if she could have an audition.
After hearing Elaine play, Miss Benson signed her on immediately.
Later that year, 1954, she had to apply at Bow Street Court for permission to travel to Germany as a musician.
Elaine began playing cornet when she was eight and for two years studied piano under King’s School music master Stephen Mundy. She was a Phil Parker trumpet student for seven years
She also played trumpet in the Grantham Orchestra and Ruston and Hornsby Band.