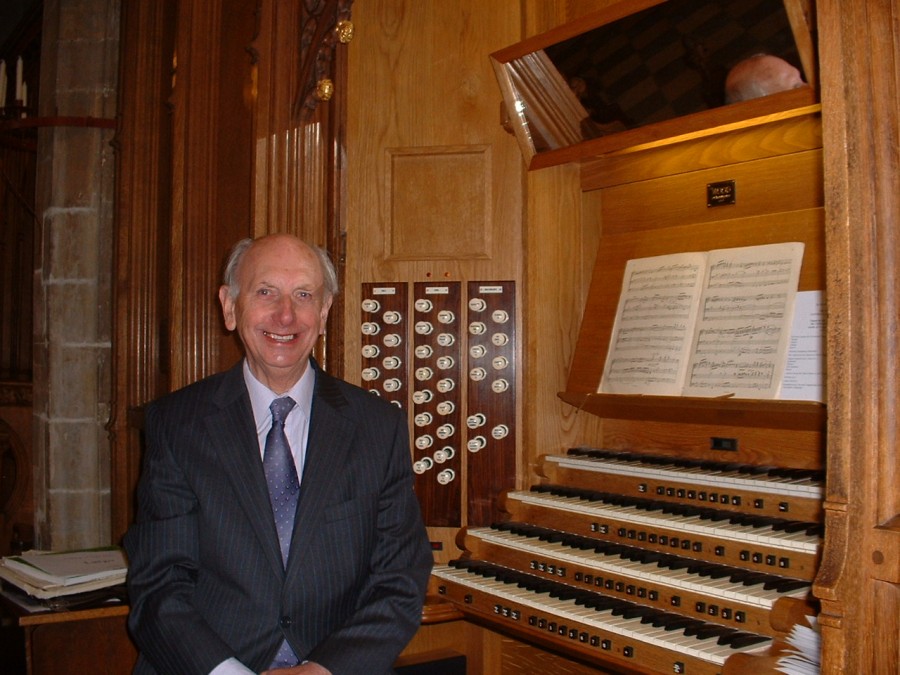 There are few people in Grantham who have had anything do with music, who hasn’t been influenced by Geoff, either tutored or by one of the groups, school events or festivals he created.

Geoff was born in Gorse Rise, around the corner from Hill Avenue where lived with his wife Cecilia.

He went first to Brownlow Infants School, Castlegate then to Harrowby Infants and finally Kings School.

He had been showing an interest in music since the age of two and this was especially encouraged by Kings’ music teacher and St Wulfram’s church organist Stephen ‘Soloman’ Mundy who encouraged him on both piano and church organ.

From there Geoff went to teacher training specialising in music at St John’s College, York.

On his return, he became organist first at St John’s, Manthorpe, then St Anne’s, before taking over at St John in Spittlegate in 1960 – where he is still in post.  Mr Winter is also a choirmaster at St John’s.

He also became music master at St Wulfram’s School (1956-65) then St Hugh’s School until retiring in 1989 although until recently he gave private lessons.

His influence on Grantham’s music is legendary.  He was musical director of Grantham Singers, joint founder with Vincent Cable of Grantham Operatic Society and a founder member of Grantham Music Festival.

And his family continue to be influenced by his love of music. Married to Cecilia (patron saint of church music), his daughter Helen is a professional singer.  Granddaughter Rebecca is a member of the Soldier’s Wives’ choir while son and grandson were both in local pop groups.

In the Queen’s 2013 New Year’s Honours he was awarded a British Empire Medal in recognition of his contribution to music.

His funeral will be held at St John’s Church on Thursday May 17th at 1:30pm. All welcome to attend. 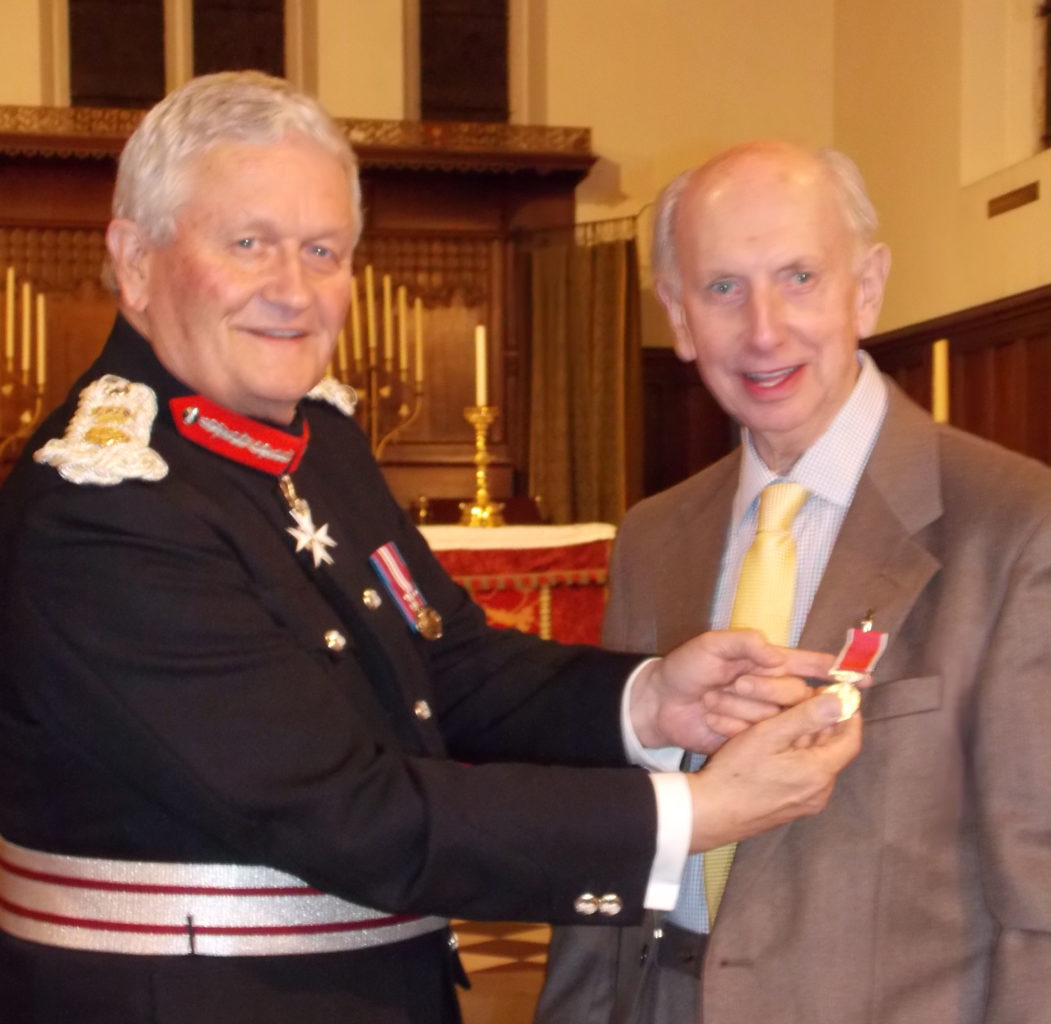 Grantham music teacher and church organist Geoff Winter receives the British Empire Medal (BEM) from Lord Lt of Lincolnshire Tony Worth at St John in Spittlegate. Below, joined by his wife Cecilia at the same event. Church, 23rd March 2013. 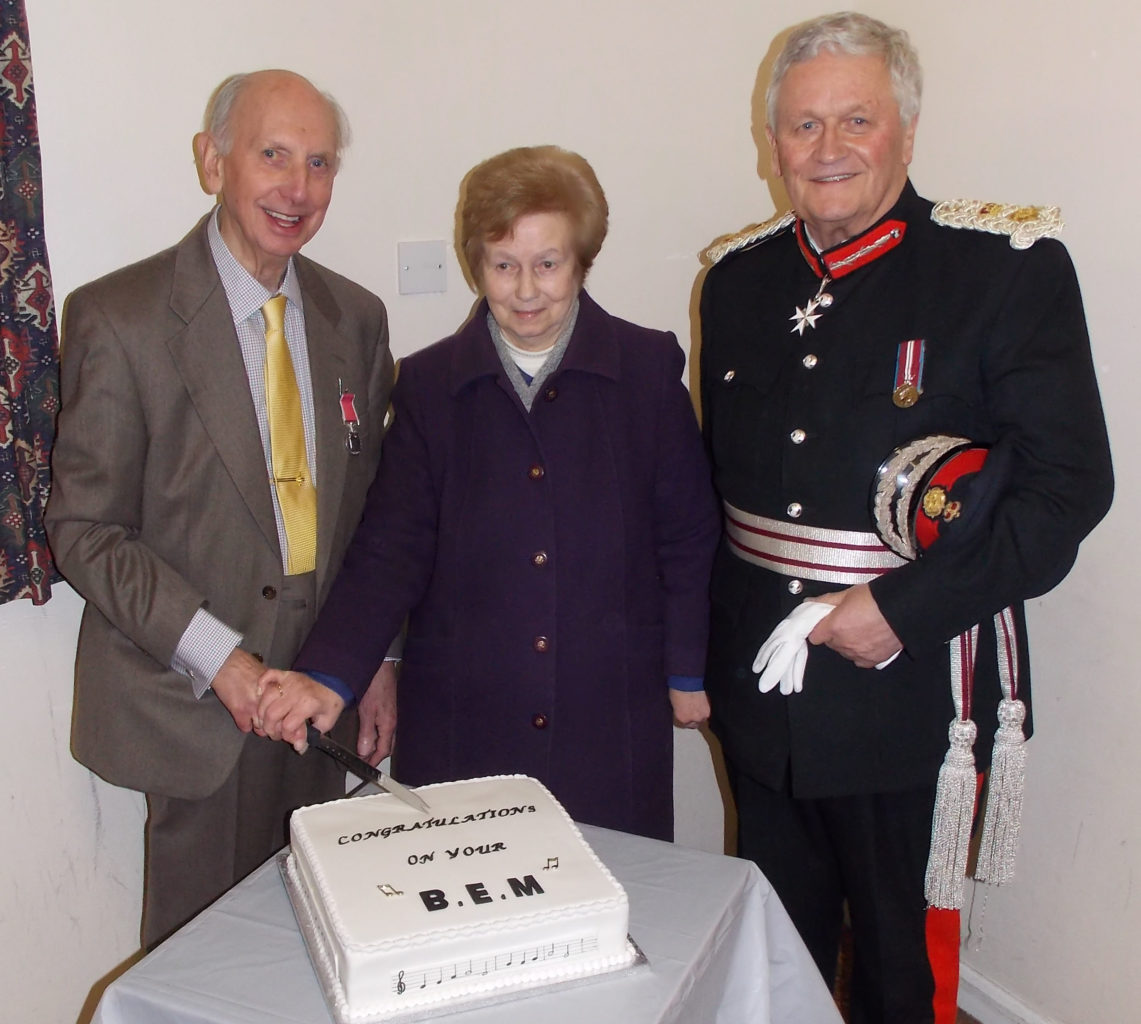