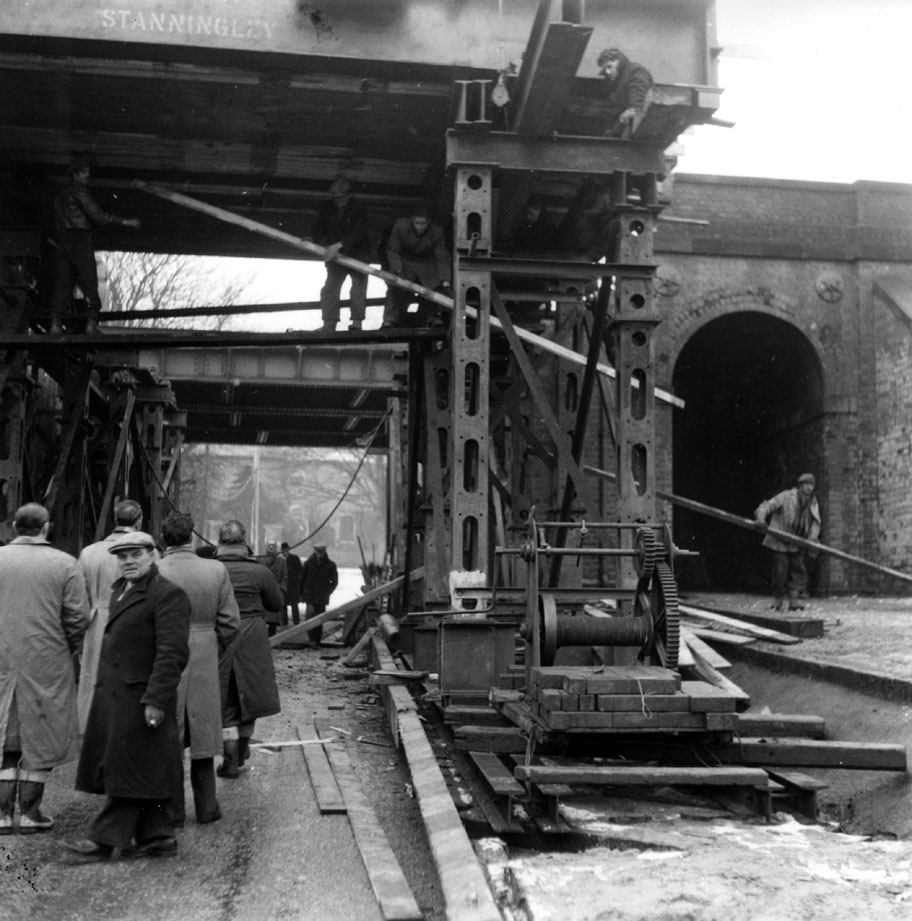 Barrowby Road railway bridge was replaced in 30 hours in 1955 and was described as the most delicate structural engineering job the town had seen.
The contract, which cost £10,000, began with the railway lines being torn up and the old bridge cut and removed by two giant cranes.
The cranes were soon lifting replacement steelwork into place.
The Grantham-Nottingham road was closed for 12 hours while trains were either diverted or halted at Nottingham where passengers continued their journeys by bus.