THE road roller on which children played in Wyndham Park for 36 years could be restored and back in full working order within the next two years.

The  1922 Aveling and Porter 8 ton C type, which was presented to the town in 1963 by Eddison Plant, having reached the end of its working life, was rescued by a local engineer Tim Harris from the scrapheap in 1999. 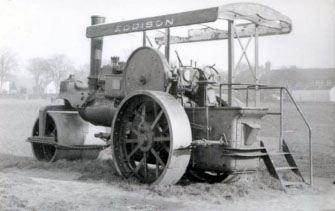 The Aveling Porter steamroller belonged to Eddison Plant in Grantham, at the end of its useful life in 1963 it was presented to the town for youngsters to play on.
It was a landmark in Wyndham Park for around 40 years but was removed in the mid-90s because of health and safety concerns.
This picture is believed to be sometime in 1963 – 1964, note the safety valves, pressure gauge etc are still visible.

The eight-ton roller became a popular feature in the play area where children enjoyed  clambering over it. 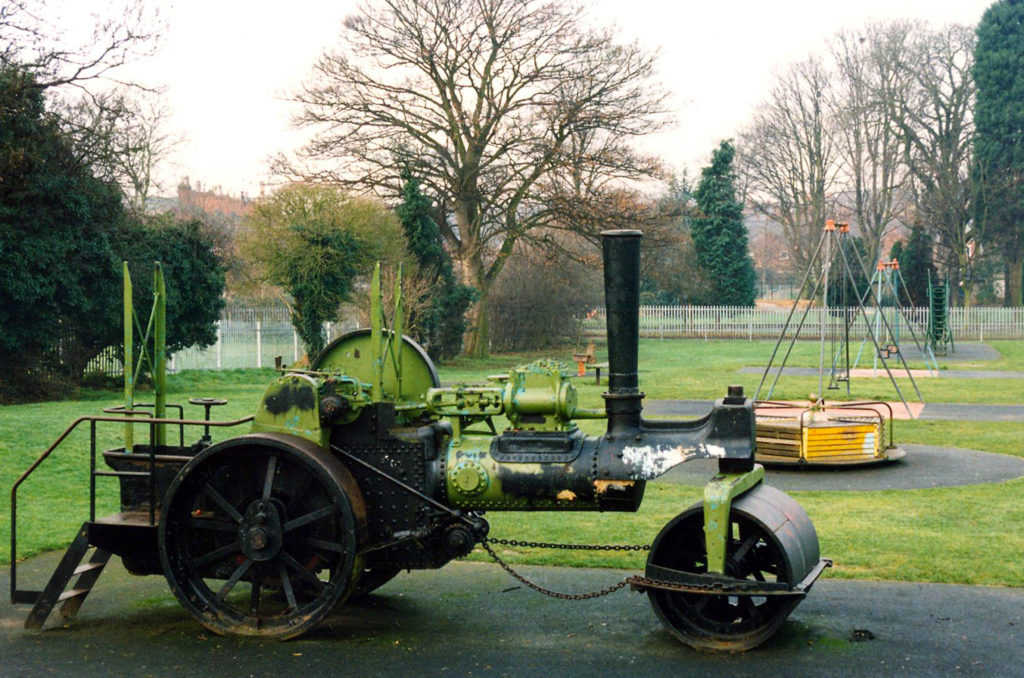 THE steam roller in the play area at Wyndham Park ready to be removed after a child fell off it.

Mr Harris, who took it to his workshop and set about restoration hoping for help from other enthusiasts, but they lacked a skilled boilermaker.

The solution provided by Swindon businessman Peter Tye, assisted by a boilermaker and engine restorer, ensure the original aims drawn up in 1999 will be met, and the roller restoration completed by 2019.

Mr Tye told GranthamMatters this week: “The boiler is nearly ready to have water put into it, we just have the new tube-plate left to rivet in, then install the tubes and put water in, I’m thinking by the end of April, it will be soak testing. 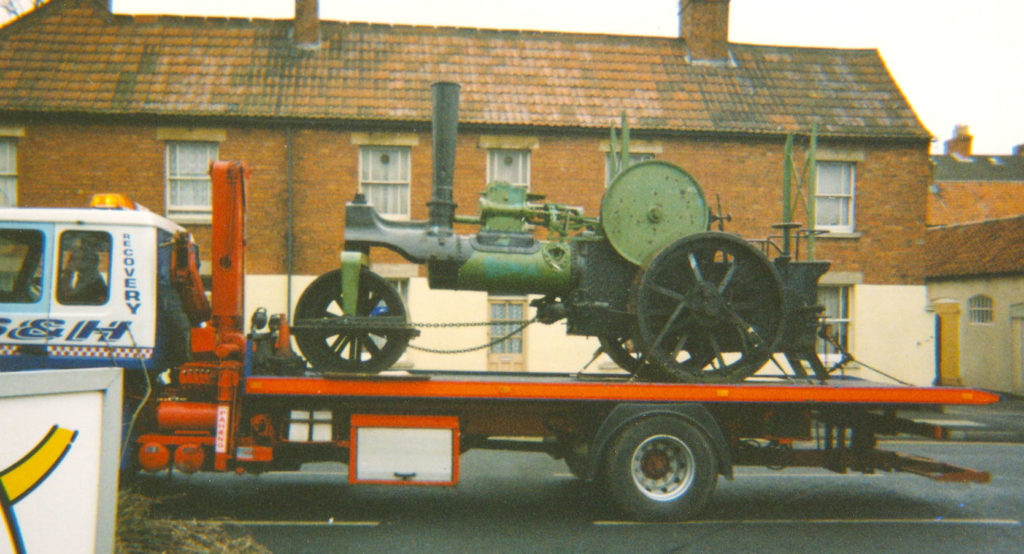 “The rear rolls have been returned after having 1 1/2″ of rubber put on them and I am currently painting them. I have the steelwork to make the new tender for it, this should start by the end of April – Early May, I am hoping to complete the whole project within the next two years.”

It is unlikely to return to the Grantham area.

The roller now has a new boiler barrel, new outer wrapper top plate, new firebox top plate and tube plate, all new stays & rivets, all had to be custom manufactured for the engine.

Mr Tye said: “I have purchased some 151 drawings from the Lincolnshire Archives to ensure what we reproduce meets the original drawings. 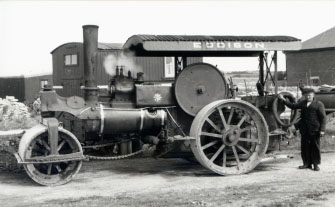 This picture is believed to be taken 25th September 1952, The driver is Charles Theophilus Joyce

“I would welcome any pictures your reader have of the engine, either working or in the park to build up the history.”