It follows a 10-year restoration costing more than £4million on the iconic engine which first emerged from LNER’s Doncaster works in 1923.

This is Flying Scotsman, icon of the age of steam, star of the British Empire Exhibition of 1924 and 1925, and of countless childhood memories.

It is officially the world’s best-known locomotive.

This is the steam locomotive that, on 30 November 1934, on a downhill stretch between Little Bytham and Essendine, south of Grantham, became the first to hit a properly authenticated speed of 100mph, passing into legend and making heroes of driver, Bill Sparshatt, and fireman, Bob Webster.

The engine, which was retired from service in 1963, has been restored for York’s National Railway Museum (NRM) in a shed in Bury, Greater Manchester.The Flying Scotsman was saved at a cost of £2.3m in 2004 turned out to be the easy part.

A restoration expected to last 12 months when it began in 2005 ended up taking a decade and costing £4.2m.

Andrew McLean, NRM head curator, said: “From the dead it becomes something living and breathing again.”

It is now beginning a series of test runs before going on tour.

Next month, at a time to be finalised, the locomotive that was nearly lost to the nation on three occasions will make a triumphant return to the East Coast Main Line with a full-speed inaugural run between London and York – including a triumphal blast through Grantham. 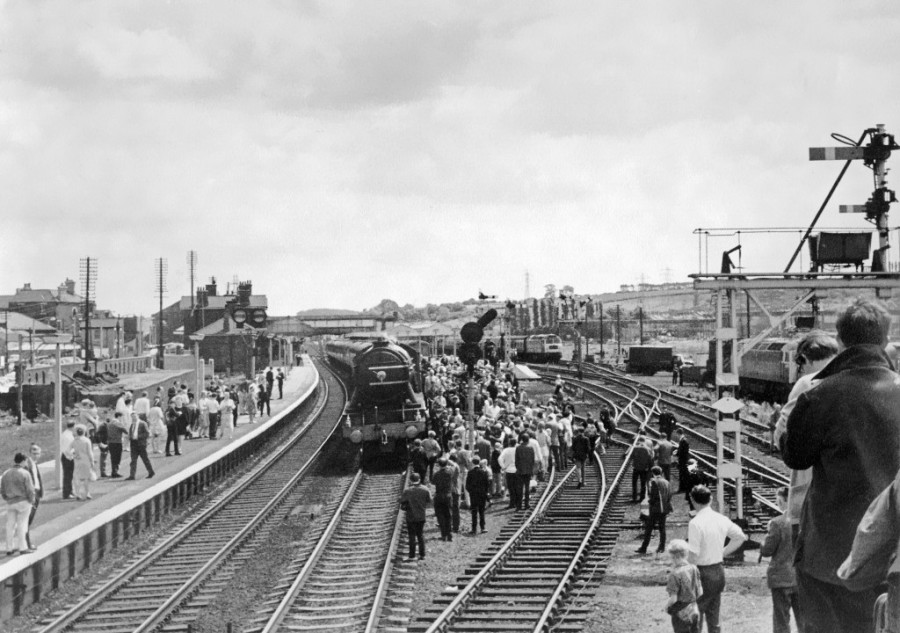 The flying Scotman at Grantham station attracting the crowds