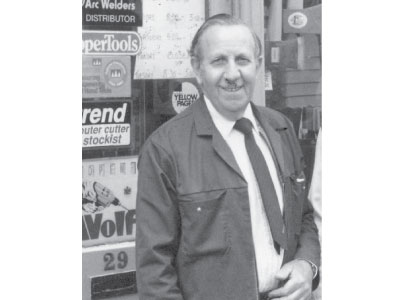 He began his working life at 14 as a shop boy at Aveling and Barford. Two years later he became an engineering apprentice.

He served his two years National Service with the First Battalion of the Royal Lincolnshire Regiment, serving in Malaya and Singapore. After this he joined British Racing Motors in Bourne as an engineer/mechanic, working with the racing team for 13 years.

He then joined Grantham Electrical Engineering as works manager.

With Arnold Orbell, they bought Smiths Tools on Watergate where he worked until retirement in 1993.

He had various interests and was a Freemason for 30 years.

His passion was cars, machine and engines in all their guises.

He died at his home in Old Somerby.