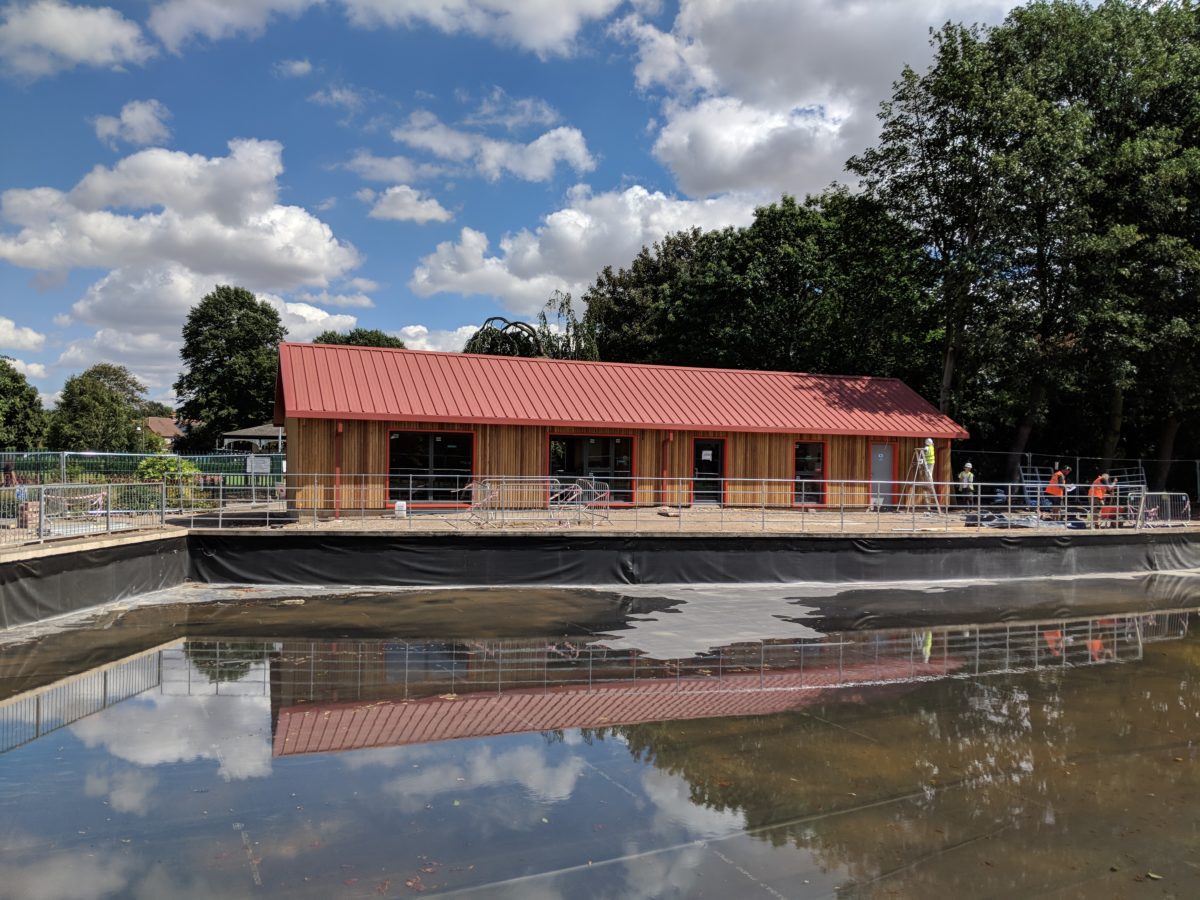 The new Visitor Centre under construction.

Work on a £1m-plus project to restore Grantham’s World War One memorial park to its former glory is close to completion, with a grand re-opening on 9 September.

The final touches are being made to South Kesteven District Council’s Wyndham Park after a major transformation thanks mainly to National Lottery funding of £910,600.

It has been almost five years since the first grant was approved, awarded through the Heritage Lottery Fund (HLF) and Big Lottery Fund.

The result of all the hard work since then will be unveiled at a ‘Dawn of a New Era’ family day celebration, from 11am-5pm on September 9.

In keeping with the park’s Machine Gun Corps heritage, the Lincolnshire Voices of the Great War exhibition will be there, featuring personal stories of Lincolnshire people on the battlefield and home front during the Great War. 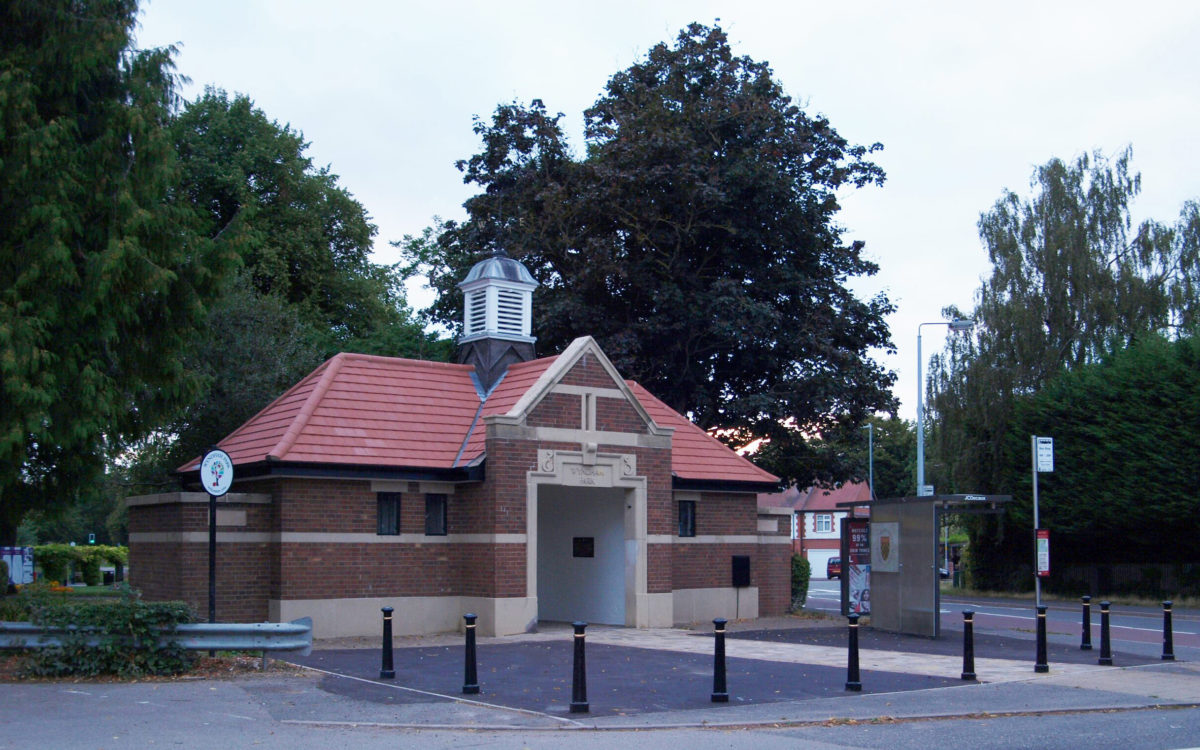 The Memorial Archway at the entrance to Wyndham Park.

Other attractions on the day will include the chance to have a go at Brazilian dance fighting with Capoeira.

Improvements to the park have included:

The restoration is a joint venture between the HLF, SKDC and the Wyndham Park Forum.

“The park will once more fulfil its role as a fitting memorial to those who sacrificed so much in the war. Everyone involved in this restoration project should be extremely proud of what has been achieved.”

Cllr Robins paid tribute to the volunteers who have helped with the project.

“Our volunteers are proud to be part of the team,” he said. “The whole project has been shaped and developed with their suggestions and input.”

Jonathan Platt, Head of HLF East Midlands, said: “We’re delighted to celebrate the official opening of Wyndham Park following an amazing transformation which has been made possible by money raised by National Lottery players.

“The project has refurbished the park and ensured that more people recognise its important memorial status in time for the First World War Centenary. My congratulations to everyone involved in this splendid project.”

As part of this year’s Gravity Fields Festival the park will host spectacular performances by circus skills experts Hogwallops, while other major events coming up include a Halloween Spooktacular and Christmas in the Park.

In November a special ‘Battle’s Over’ tribute event sees Wyndham Park join with communities and organisations across the world to mark 100 years since the end of World War One, with a Beacon Lighting Ceremony.

For more information on the Wyndham Park events programme go to www.wyndhamparkgrantham.co.uk 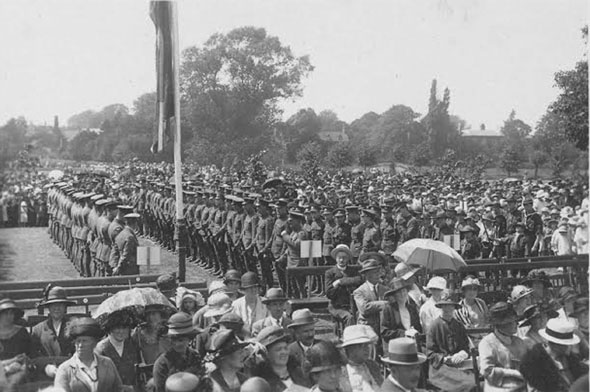 On Thursday 10th July 1924, in front of a large gathering of local people, the Dowager Lady Leconfield opened Wyndham Park. The park was named in memory of her son, the Honourable William Reginald Wyndham, who had been killed in action on 6th November 1914 while serving as a Lieutenant with the 1st Life Guards. For several years before the war he had lived at North House, North Parade. While it is named after one man it was also dedicated as a memorial to all from Grantham who had been killed or died on active service during the war. The park cost about £5000 of which Lady Leconfield donated £1000. While some of the £5000 had been raised by public subscription most was either paid from the rates or taken from a Relief Fund organised at the beginning of the war to relieve poverty amongst the working class who it was thought would become unemployed because of the war. However because of the military camps built around the town very little unemployment was caused by the war and there was a large surplus left in the Fund at the end of the war.
From Malcolm Baxter