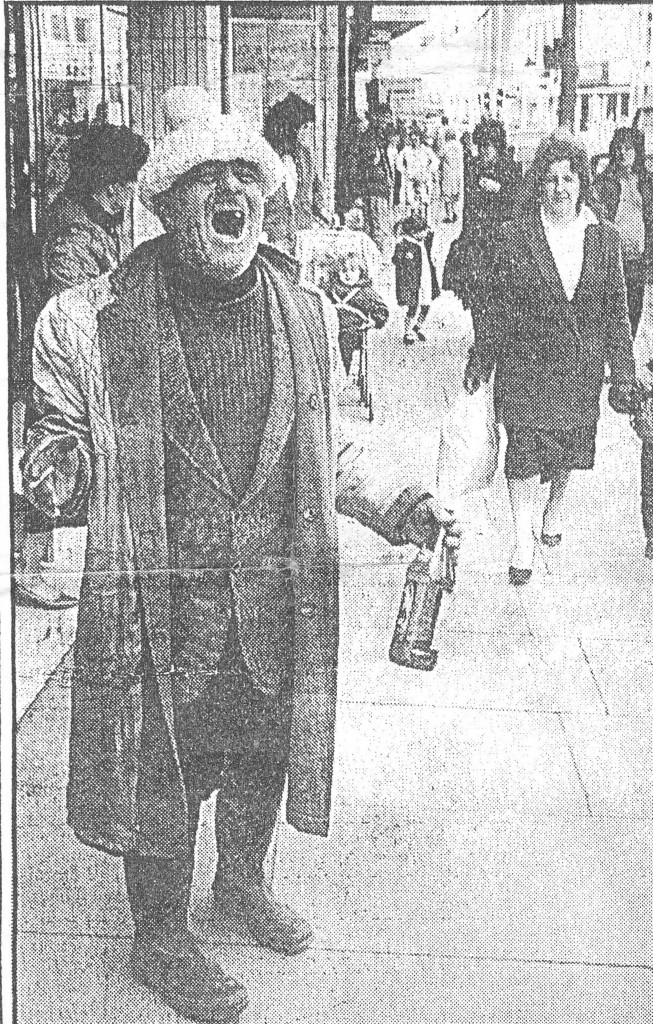 GEORGE Cunningham  –  known to everyone in Grantham as ‘The General’ because he often wore an Army greatcoat, was one of the town’s great characters.

He was often seen on St Peter’s Hill, bottle of cider in hand pushing his bike in the other, singing, shouting, laughing and generally entertaining passers-by.

He lived alone in a makeshift hut in a spinney off Belton Lane, next to Belton Woods golf course.

Following an illness, he spent his last 12 years at Chandos House residential home.

His background was a mystery. Believed to be from the Sunderland, he was thought to have arrived in town as a road builder.

Compiled with the assistance of Peter Reichelt