In light of a multi-million pound reduction in its budget, the council will reduce grass cutting on roadside areas around the county.

The council currently performs two types of grass cutting. Amenity grass cutting is generally carried out in built-up areas, approaches to major junctions and on the central islands of roundabouts, with seven cuts between March and October. 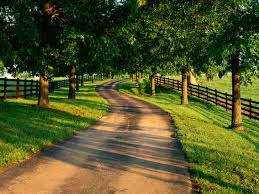 Additional cuts are sometimes carried out by district councils and parish councils who fund these at their own expense. Funding for this service will stop from 31 March 2017, saving £600,000 per year.

The council also carries out flail grass cutting, generally in rural areas, to a width of one metre either side of the carriageway and footway.

At each junction along the carriageway, the council may cut an increased area to improve visibility.

This policy is also adopted on various bends to improve the forward visibility for vehicles. The flail cutting programme was carried out three times a year during the summer months, but has reduced to two times in the current year, saving a further £250,000 annually.

Executive Member for Highways, Coun Richard Davies, said: “The council’s budget has been cut by more than £100m over the last few years, and we need to save a further £41m this year. We simply can’t afford to do everything we’ve done in the past.

“That has meant looking at what should take priority. We’ve decided to protect vital areas like the pothole budget, but that has meant other things have had to take a hit.

“As a result, although we will be funding amenity grass cutting this year, the service will stop from 1 April 2017.

“However, we will honour existing contractual notice arrangements, so some may run a year longer.”