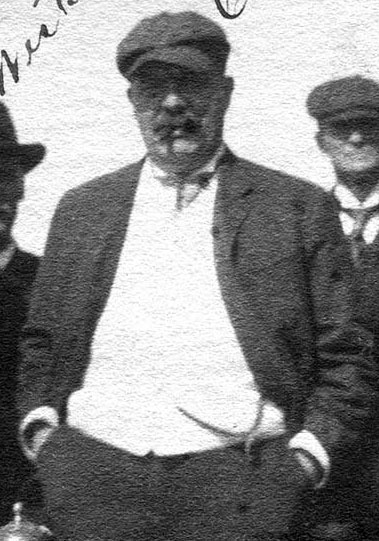 NO one represents the American dream more than Harry Coulby. His rags-to-riches tale saw him rise from humble origins in Claypole to becoming the president of a major shipping company.

The son of a farm labourer, he left school in 1877 aged 14 to work in a signal box at Newark. After moving around with LMS, he sailed to the West Indies, working on the submarine telegraph.

After a spell in Durban, South Africa, he worked his passage to New York. Stricken with malaria on his ocean journey, he was nursed back to health by the Little Sisters of the Poor and repaid the order with generous contributions for the rest of his life.

Still a teenager, he tramped hundreds of miles across America, sleeping under the stars and eating turnips.

His luck changed when he got work as a clerk at Pittsburg Steamship Company.

He worked his way up until in 1904 he became president of the company.

It was Harry – known as the Czar of the Lakes – who assembled the armada of 39 ships in 1913 to form Interlake Steamship Company.

His staunch opposition to unions was legendary and whenever unrest threatened, Harry was there to dole out generous pay raises to keep his men reasonably content and, as a result, made sailors on the Great Lakes the best paid mariners in the world.

As a powerful member of the Lake Carriers’ Association, Coulby also had crusaded for better aids to navigation and wider and deeper channels.

His summer home, Coulby Mansion, cost a million dollars to build in 1913 and is now City Hall at Wickliffe, Ohio.

He never forgot his Claypole roots, spending thousands of pounds to improve Claypole’s St Peter’s Church where he was christened and later buried, as well as the village school.

He also provided a ton of coal for each poor family in Claypole.

He built a fine house for his sister and her husband in the village, so he had somewhere to stay on one of his trips home.

He also built the village hall in 1923, one of the finest in the country.

He died at the Ritz Hotel, London, while on a visit to England as one of the world’s richest men, leaving £3 million.

The church was packed for his funeral and the village hall was shut for a week as a sign of respect.