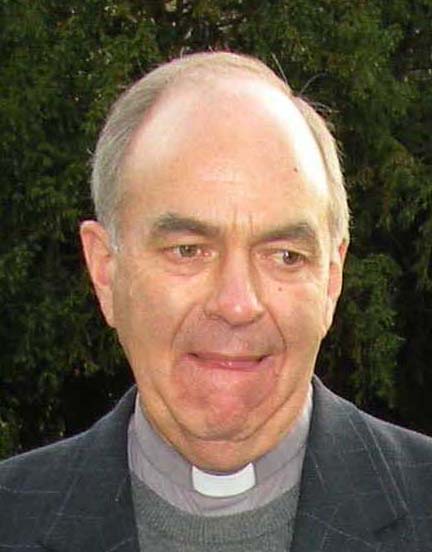 THE Rev Canon Chris Andrews was appointed Vicar of St Wulfram’s (Rector of Grantham) in 1996 until his retirement in 2013.

Born in pre-fab in Glen Parva, Leicester, he was the son of an aeronautical engineer who at the time was working with jet-engine developer Frank Whittle.

The early years were unsettled. The family moved variously to Farnborough, New Maldon, then three years at Woomera, Australia, before moving to Salisbury when his father moved to Boscombe Down.

Salisbury was Chris’s final school from where he went to Fitzwilliam College, Cambridge to read first English, then theology.

He was ordained a priest by Archbishop Michael Ramsey at Canterbury Cathedral.

His first post was at Croydon where he met Christine, whom he married before moving to Newcastle.

He recalled: “This was a great adventure. I had been to Australia but not the north of England.”

He spent three years at Gosforth, setting up a new church on a 10,000-home Kingston Park estate. While the church was being built, his home was the only place of worship.

From there he went to St Michael’s, Alnwick and finally Grantham.

He became an active member of Grantham Choral Society.

During his time in Grantham, apart from his pastoral duties, he worked on strengthening relations between Christians and Muslims and in community development in Egypt and the Middle East.