MY 13-year-old brother and some of his friends were on their scooters today and went along Castlegate and through to Wyndham.

He’s just told me they got chased by a man who was carrying drugs and money.  They saw him drop his knife down the drain and we’re terrified.

I’ve just got in and he’s shaking like a leaf and I have also seen this man wondering around Wyndham Park when it gets darker.

Please be careful around that area.

GRANTHAM College is looking to apply for funding to renovate Stonebridge and any history would greatly help us.

Built by banker John Hardy in 1858 it remained in the family until 1931 when it was bought by Mrs Schwind.

After the Second World War it was variously used as Spittlegate School and as police HQ until they moved in 1910. It is now being developed by Grantham College.

Principal Linda Houtby  said: “Have any readers got any old photographs or stories that they would like to share with Grantham College about Stonebridge House?

“In return I am happy to organise tours of the site as it stands currently.”

Send your old pictures to GranthamMatters@gmail.com and we will send them on and arrange for a tour (if requested). 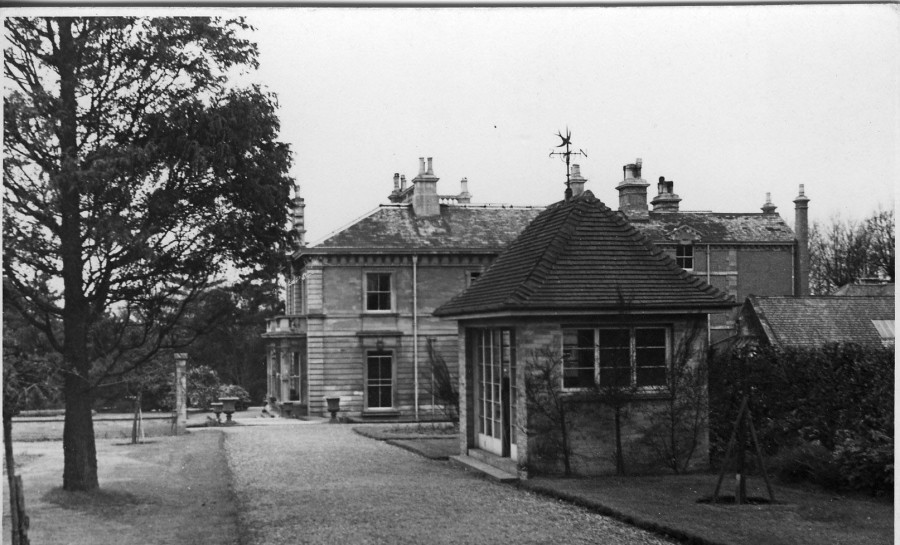 For a great two minutes of laughter click on icon

Totemic House wins awards constantly about their business and excellent staff yet I’ve never met such a rude ignorant and dangerous bunch of drivers.

Someone needs to come and observe.

When they leave work at 5.30pm they use the estate as a rat run at silly speeds when children are out playing, they block the road and you have to push your way out as no one will give way.

Then, to top it off, they jump the lights by going on the opposite of the road and getting on to Springfield Road.

A huge accident waiting to happen,  failing that someone will get knocked down.

My dad has lost his ring as shown in the photo.

He believes it may have come off in Oceans gym or in their carpark. It’s a 9ct gold ring with the word ‘MIZPAH’ written on it.

It’s a rather unusual design.

If anyone has or does find it please can you get in touch. There is a reward if returned as it holds sentimental value .

Last week we told you that M&S Foods was advertising for staff to man its new London Road outlet (next door to B&Q).

Many of our friends and followers said they couldn’t find it.

Well Jo Simmonds  seems to have stumbled on the answer.

It seems according to the national company,  Grantham has moved counties !

On the M&S job page Grantham is listed under Yorkshire and the Humber.

I’ve just found this little chap on the A607 between Belton & Barkston.

He’s safe, just, and in my possession!

Police are currently dealing with an incident near Broadgate, Weston Hills,near Spalding, involving a military aircraft, believed to be an F-15.

The plane belongs to the US Air Force based at RAF Lakenheath and the pilot has escaped with only very minor injury.

Members of the public contacted emergency services around 3.30pm this afternoon to report that they had seen a jet come down in a field.

The plane has come down in an isolated rural area and no premises have been affected.

A cordon has been put in place and the public are advised to avoid the area as the plane is alight and the fumes may be hazardous.

Great planning or what??

Sainsbury’s petrol station  is closed so what do Asda do? Close there’s!

The Manthorpe Road garage was waiting for a tanker delivery this afternoon so the London Road, Harlaxton Road and Somerby Hill ones were the only three open!

Great time to close Asda while Sainsbury’s has been knocked down.

At 7pm, Emma Skeith said: “I just went to fill up at Esso, there are empty pumps, there’s also empty pumps at Bridge End Road.

Roxie Ball said: ” I work at the Jet Garage. We never closed – been open all day.

“We did run out of Unleaded about 11ish, Tanker should be in anytime now (7pm-ish).

A couple of recent pictures from Leelo Dallass of Wyndham Park’s  former swimming pool, known then as the “swimming baths.”

It closed in the 1970s and was converted into a skateboard park for several years and has since been used as a model boating lake.

Surely this amenity could be developed for the majority. 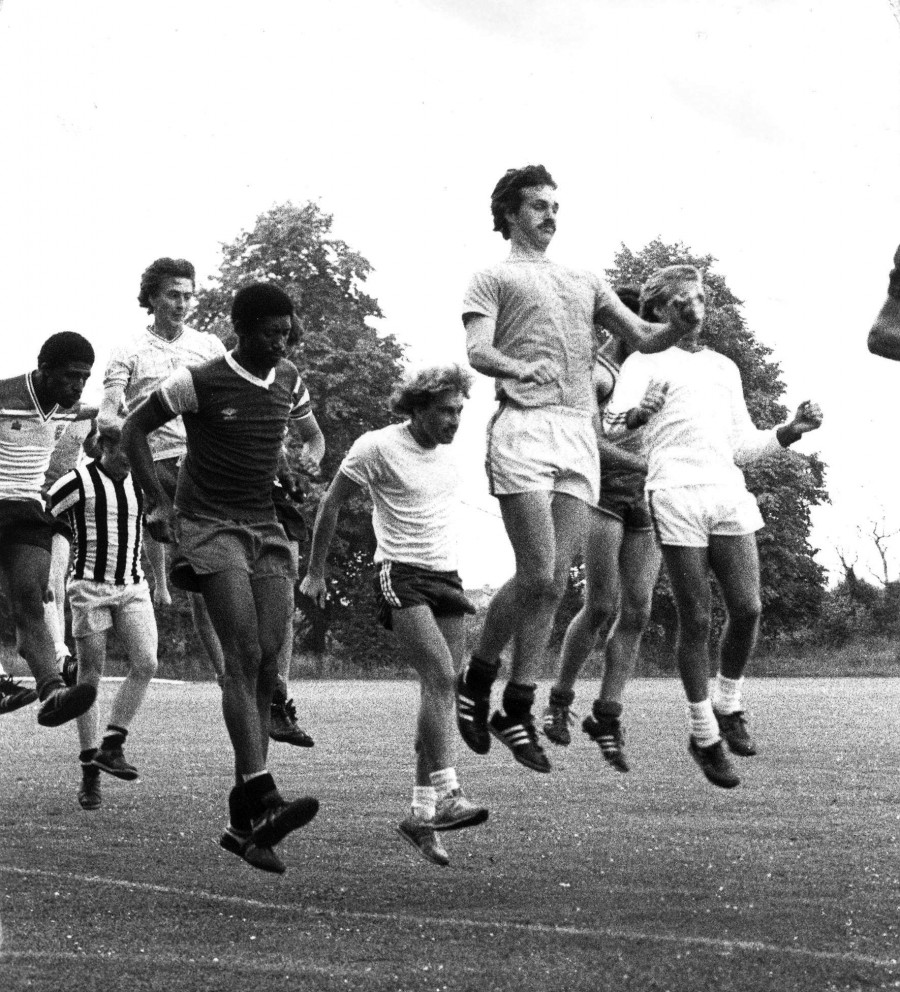 This badly spelled message was spotted by Shane Kidd.

This is at the carwash on Harlaxton Road.

Bored in Asda,  I picked up a pre-pack of bananas costing £1 and decided to weigh them.

Have I uncovered Banana gate?

TODAY is the day we’ve all been waiting for with bated breath: Lincolnshire Day.

Yup, that’s the new date on the calendar to run aside such worthies as National Toilet Tank Repair Month and Incontinence Week.

The  county flag will be flown on all public buildings to celebrate the anniversary of the Lincolnshire Rising, in 1536.

Now for anyone who’s not aware of the Lincolnshire Rising, this was a revolt by the Catholics against the establishment of the Church of England by Henry VIII.

Lincs folk: “We demand you leave our churches and their treasures alone.”

Lincs folk: “All right then.”

With that they departed with the monarch mumbling something about a brute and beastly shire and their heirs shall pay for their MPs’ moats to be cleaned.

In other words, the spineless leaders of the Lincolnshire Rising put the yellow into yellow-belly.

Lincolnshire Day is a wheeze by the county council who probably picked the day as a metaphor for themselves.

It’s pretty pointless, like celebrating the failure of a Catholic who failed to blow up Parliament.

We don’t even get a day’s leave and most of the events planned are in Lincoln (which actually chickened out of the Rising).

Still there’s nothing wrong with having Lincolnshire sausages for breakfast, stuffed chine for lunch and toasted plum bread with Poacher cheese for tea.

But if you go out wearing a yellow waistcoat, be prepared for people saying: “Ay up may-et, yer looking a bit rum. J’need a showder to cry on?”

On the other hand, if you want some serious facts about God’s County…

Throughout October, Colsterworth Police Office will be open at the following times.

If  PCSO Sturat Bowden cannot attend, the office will still be open with the help of police volunteer Helen Bill who has kindly offered to help at the published times.

Th panel meeting is for anyone to attend and give the police your views on community issues.

Stephen Kell  says: This is the state of the paddling pool in Dysart Park yesterday morning, a  total mess. But being as the park gates are left open till all hours what do you expect? A call to Lincs police was made by the park keeper when he opened up and by 11.30am still no one has been. So much for SKDC wanting to go for the Green Flag award for this park.

It’s less than 100m long, starts on the bridge and ends a few metres from the other side of the Harrowby Road junction.

So what do you think of it so far? And above all, what do cyclists think?

They should of put a longer double yellow lines on Marratts Lane, Great Gonerby, as you can see by the pics.

To make it worse there working on behalf the council.