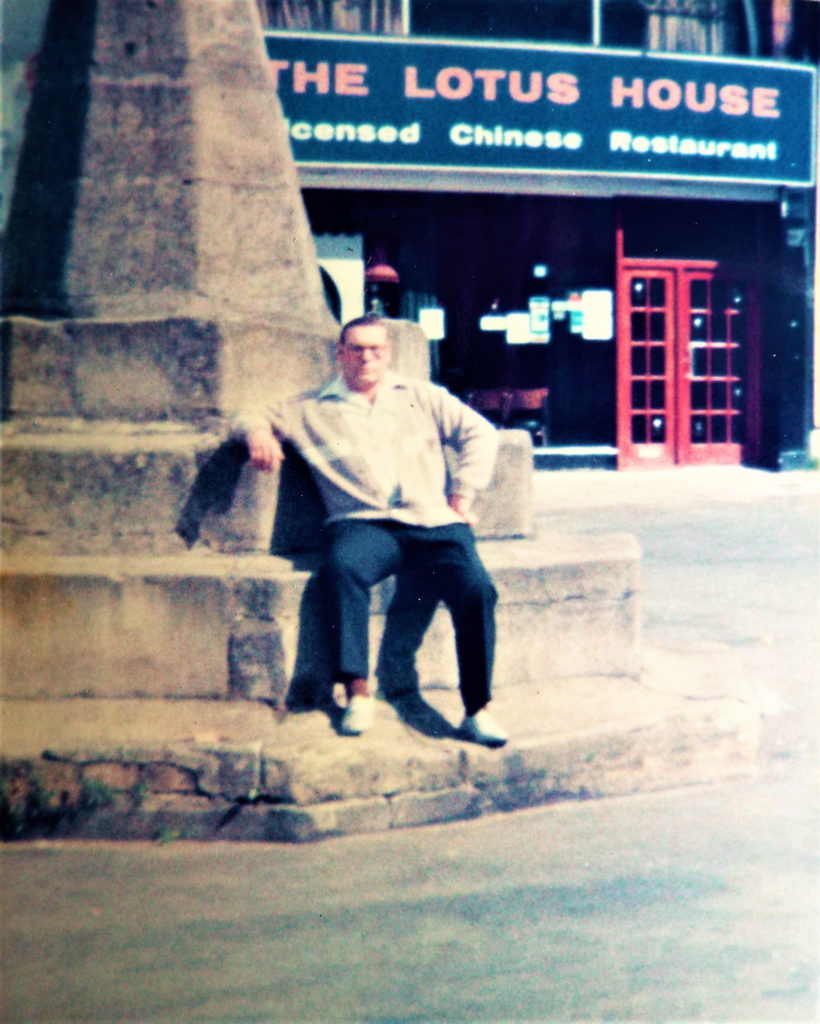 Who remembers ‘The Lotus House’? This photo was taken in 1990 by Mick Holvey. The man sitting on the market cross is his brother and ex-Grantham man Pete Holvey.
From ,Darren Eaton.

Can you fill in the missing facts at foot of page? 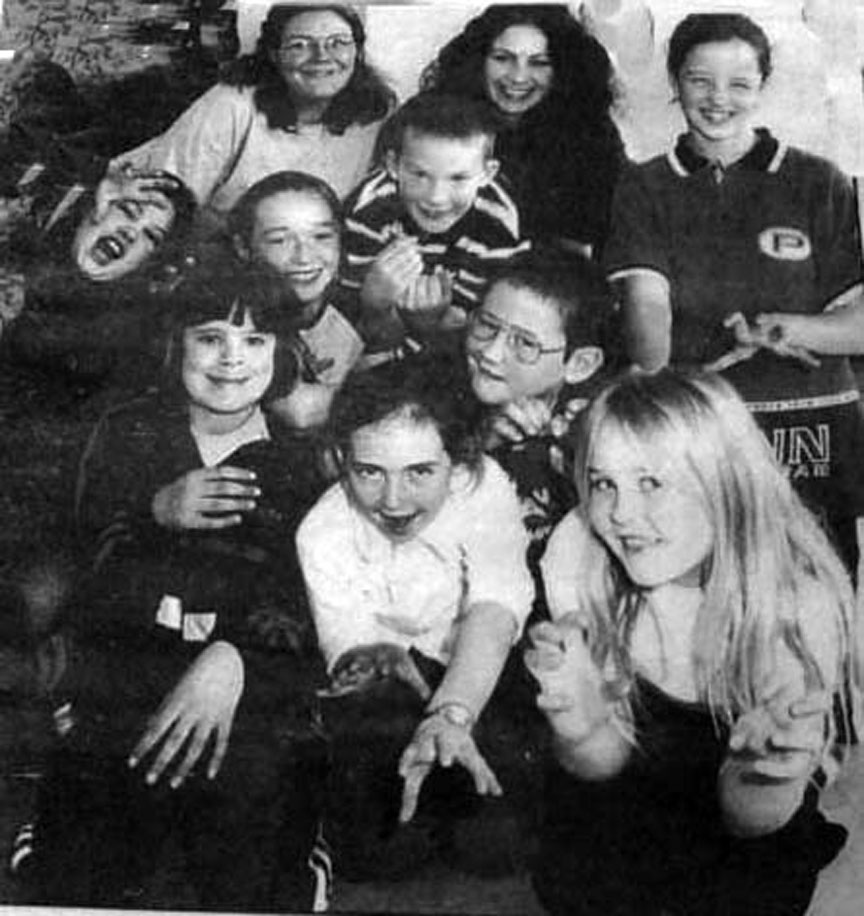 THIS was known as the German Gypsy invasion in 1907, with crowds turning out in force to watch the spectacle.

The scene is London Road,  but only one building has survived, the Court House on the corner of Rycroft Street. Towards the centre was Mowbray’s brewery.

Some of the houses in the centre survived until the 1960s, when they were finally demolished to extend Grantham Motor Company on the right and North Road Garages.

At one time Phil’s Taxis, run by Phil Harrison was run from one of them, again up to the 1960s. 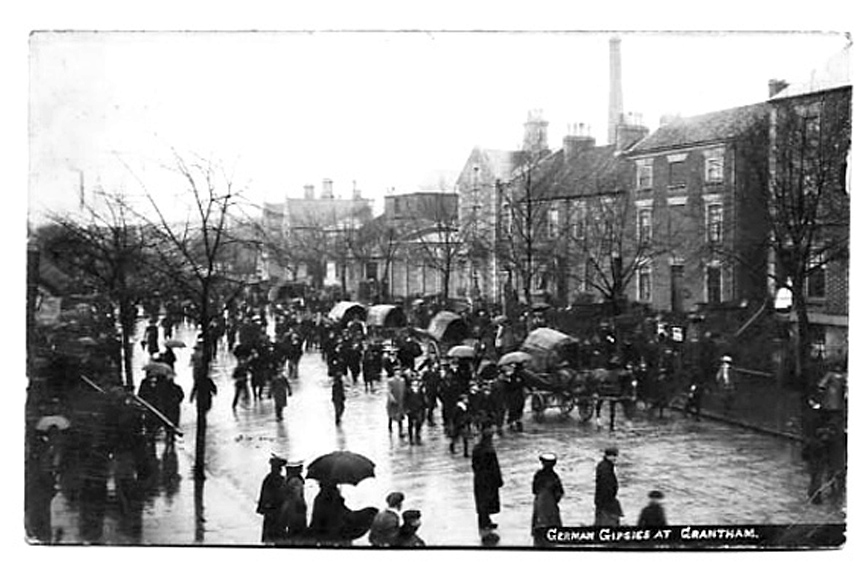 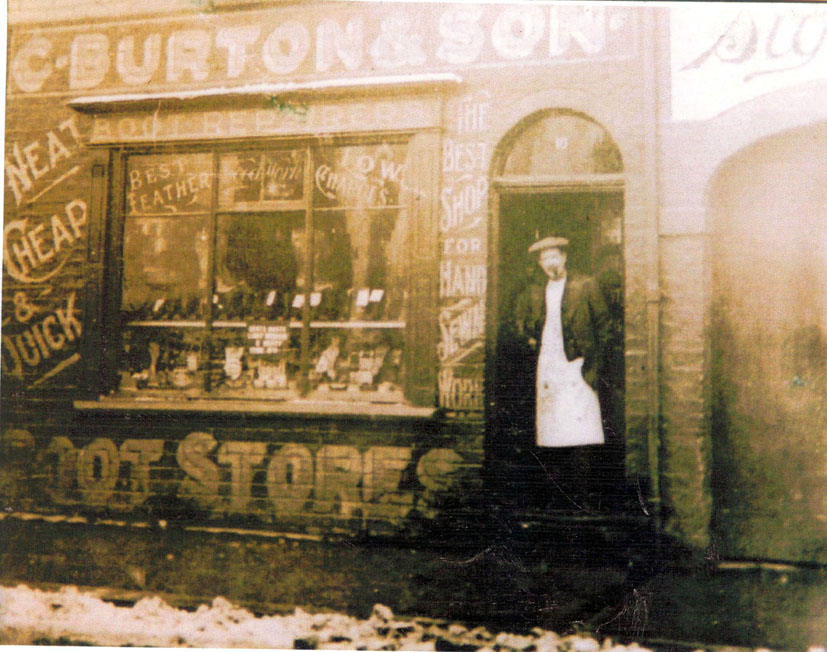 Burton’s Boot & Shoe shop, Wharf Road in 1906. The shop is still there in the 1990s, and although the shop remains is no longer Burtons.

THESE people belonged to a Grantham  Young Conservatives in 1960.

Donald Holmes, who sent it to us, says the girl 3rd left front is Edith Cooke. The guy next Doug Gorin (back far right) is former councillor and Gonerby farmer Geoff Thompson.

He says the guy with the specs (centre), is John Horton and to the right of him is local bass player Graham Brown.

Can anyone name any of the others? 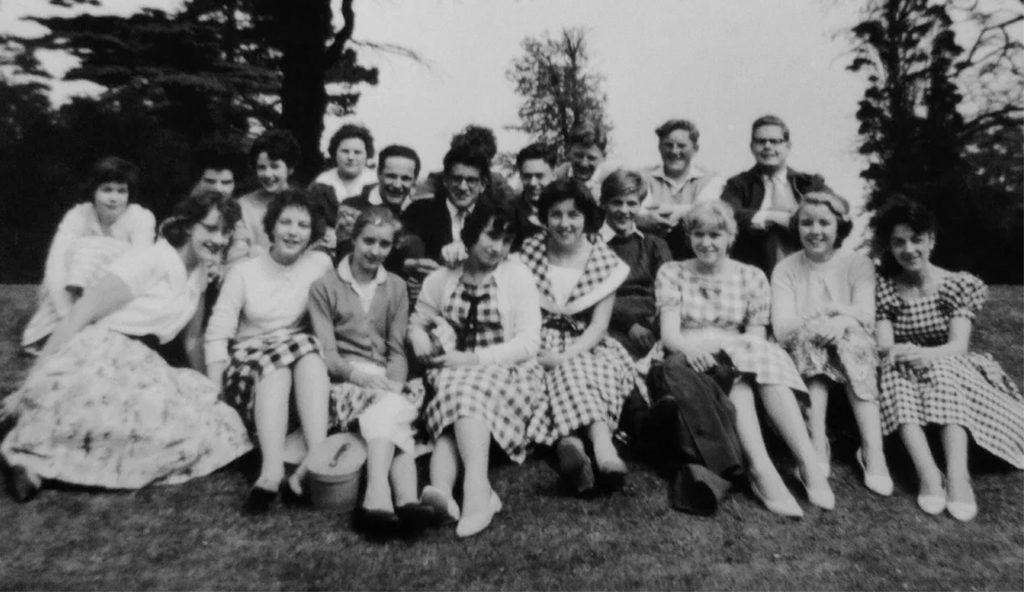 A view of Grantham in 1906 – but what is the road running down the left.

It is Beacon Lane. Hill Avenue hadn’t been built then.

Indeed, nothing was developed east of the Barracks and Norman Leys on Sandon Road. 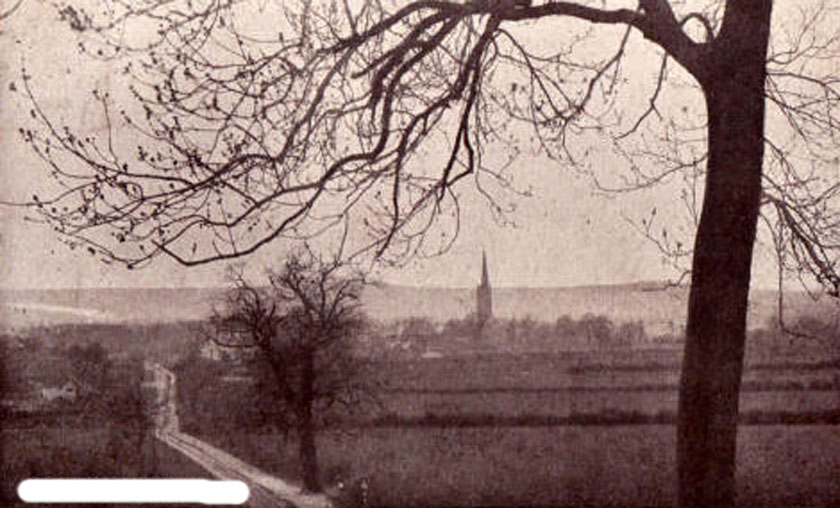 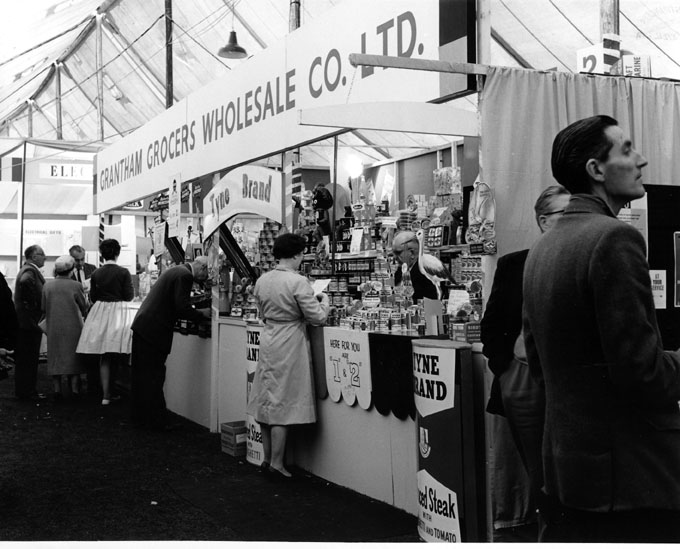 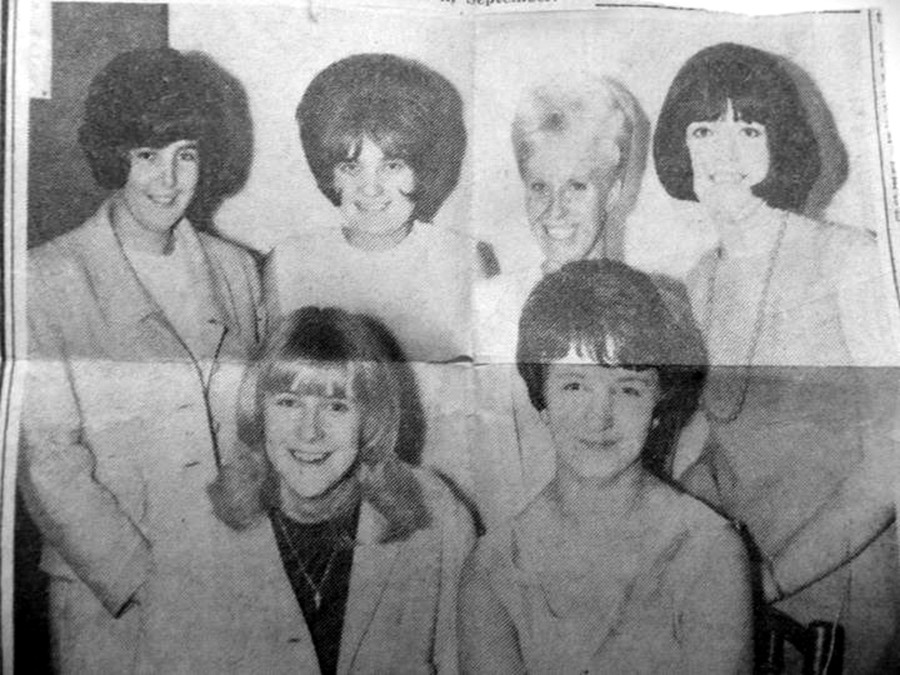 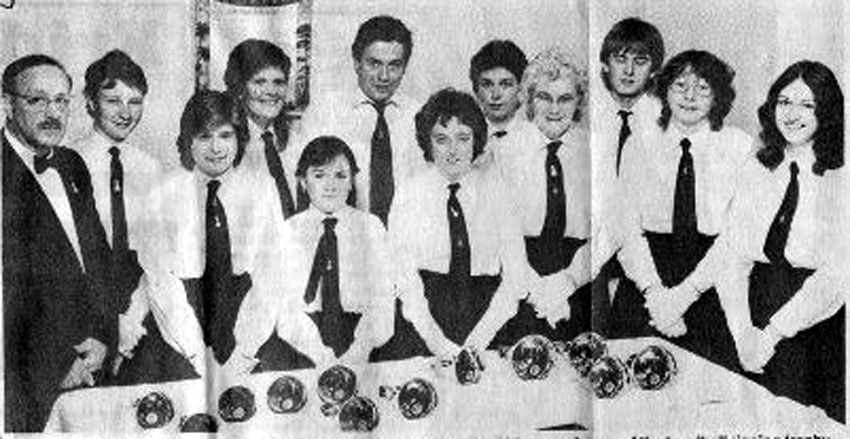 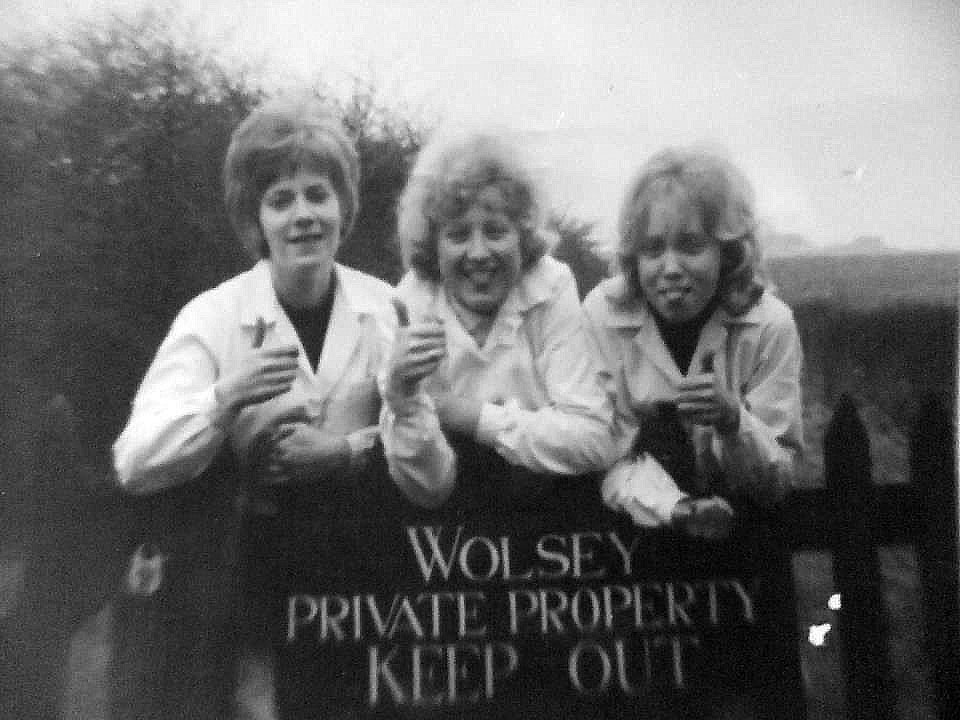 This Brigade moved on to possibly Whitley, Surrey and Frensham, before being deployed to Gallipoli?
This pics of them leaving town along Harlaxton Road?
Question is, why are they marching away from the train station? 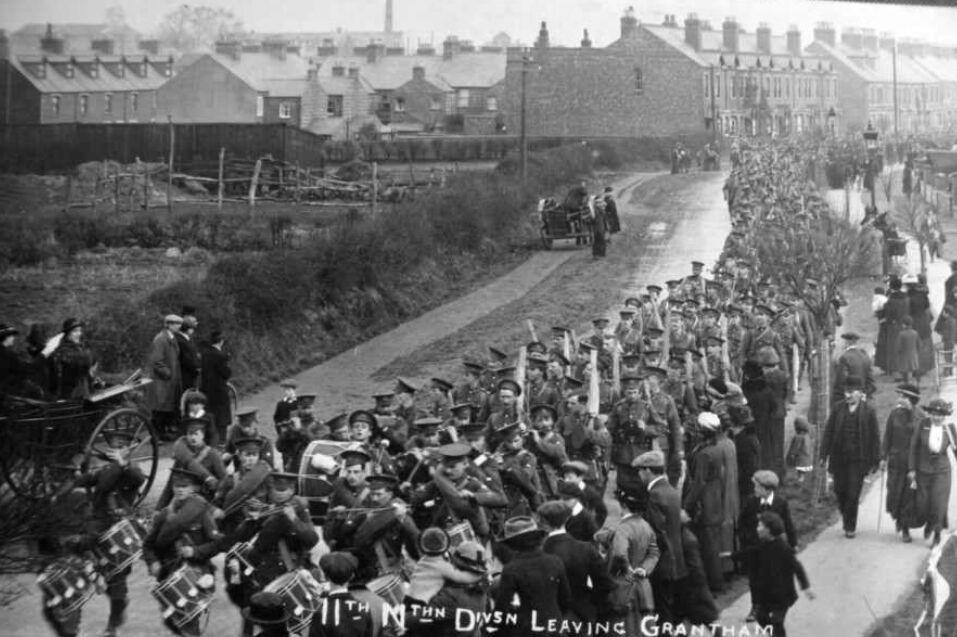 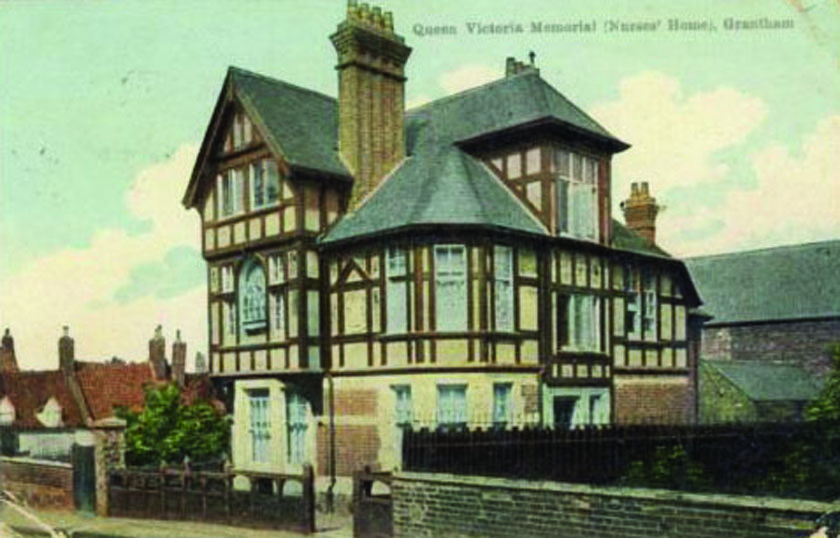 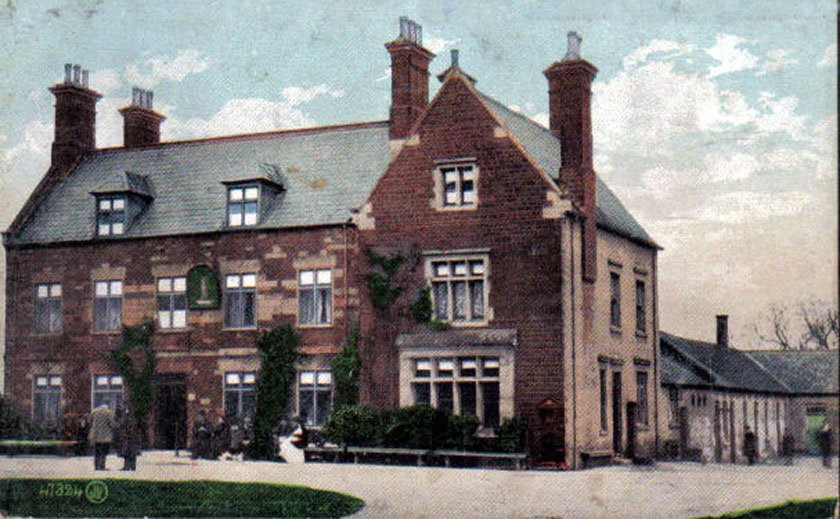 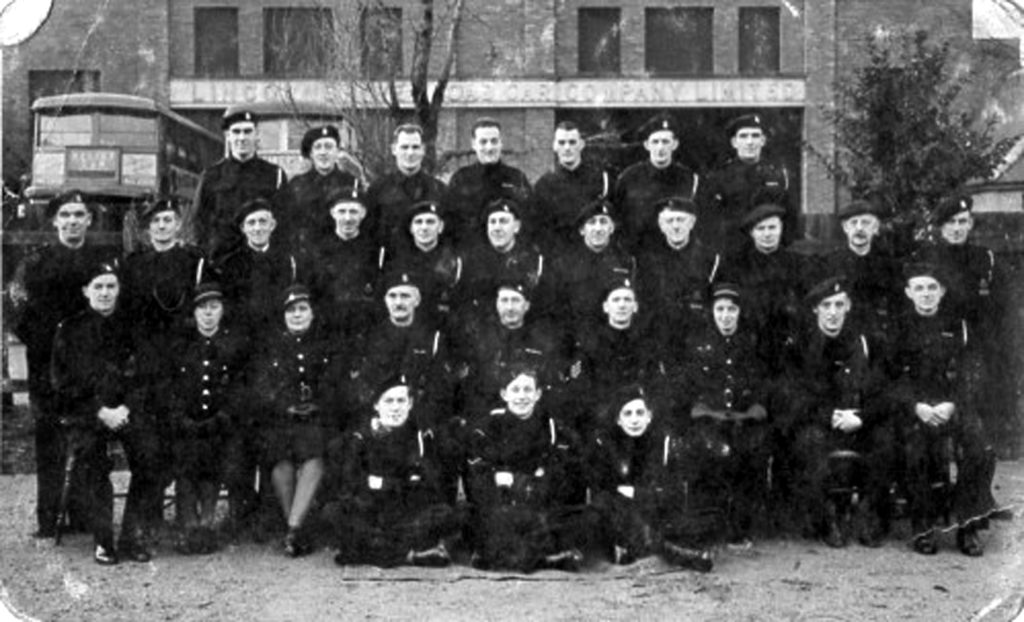 Grantham Civil Defence during the Second World War in 1942 outside the old Lincolnshire Road Car depot, Huntingtower Road.
Dark blue battledress with berets.Insignia in photo shows Senior Warden – two chevrons, Head or Post Warden – 3 chevrons beneath a star.
The three lads in the front would be messengers.
From Vaughan Hardy

This is the Blue Cow, Castlegate, which called last orders in 1959. It stood facing Finkin Street and was demolished to make way for Wallwork’s furniture store, later taken over by Fine Fare.

This in turn was demolished for the current housing. 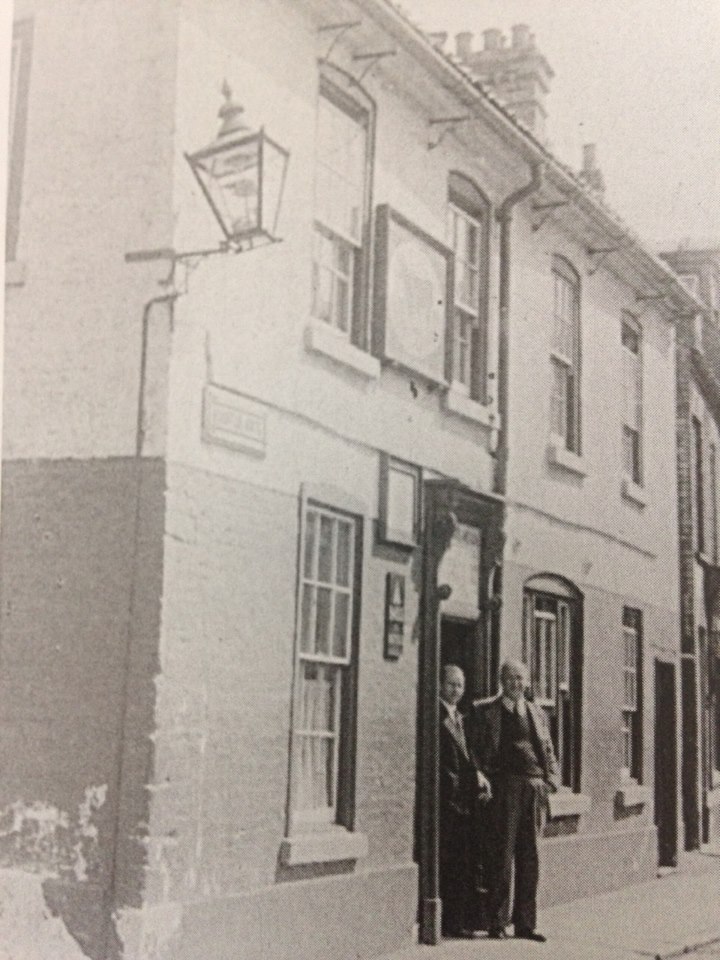 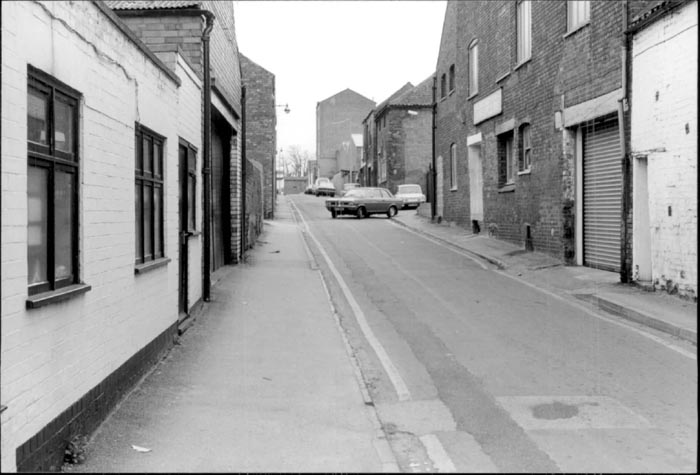 The photo is a group of us that worked at Aveling Barford in the early 70s, Jig and Tool department, inter-departmental football team.

I can not remember many of the names of those on the photo, but would like a nudge if anybody can recognise themselves.

I am on the back row, third one in on the left, although I haven’t lived in the area since 1985.

Who can you name? 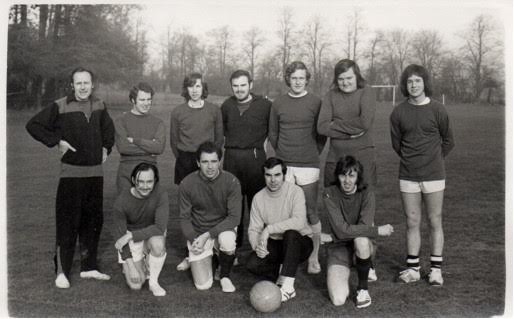 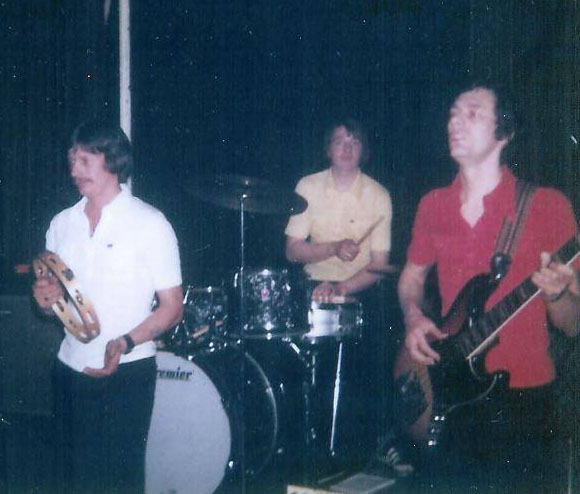 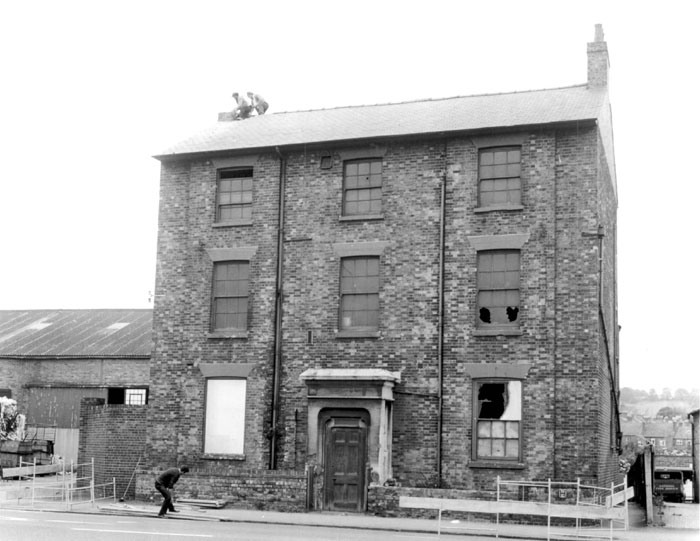 INDUSTRIALIST Richard Hornsby had this house built in the 1830s so he could be close to his factory.
In fact he was so close, his back door took him straight into the works.
But in 1974, after the empire he had founded finally collapsed, it was demolished.
The site is now occupied by Halford’s. 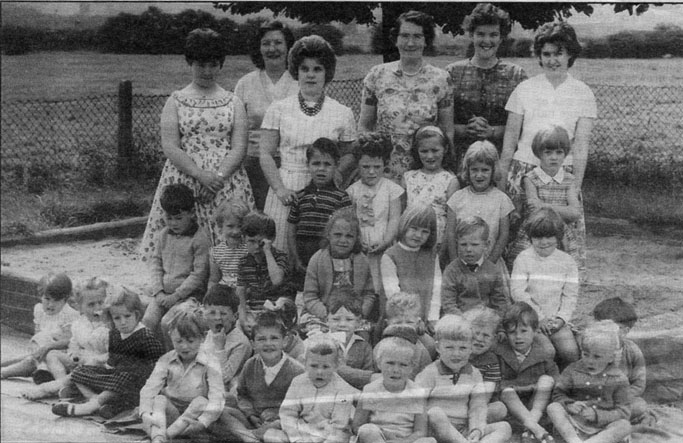 This was taken at Dysart Road Nursery school in 1964.  June Hamer on the far right was in her last year of Nursery Nurse training. Do you know  anyone else?