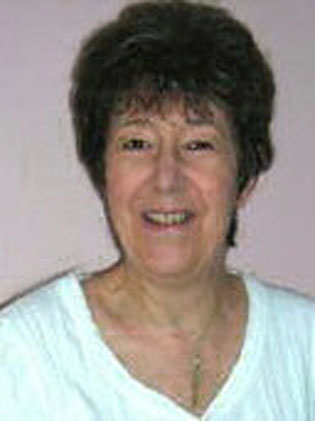 MYSTERY and thriller writer Margaret Bingley was born in Sutton, Surrey and educated at Sutton High School for Girls then Rickard’s Lodge Secretarial College in Wimbledon.

She began work at the BBC in London, and later moved to work for The Heinemann Group of Publishers at Lower Kingswood in Surrey, where she met her future husband, Alan.

In 1974, the couple moved to Grantham due to Alan’s work commitments with what is now Grantham Books.

After reading a particularly boring book, she decided to try and write one herself and eventually, after many trials and tribulations, her first book The Devil’s Child was published. Much of the book was based on her early days of motherhood.

She continued writing steadily from 1983 onwards, including Seeds of Evil, Bored to Death, Deadtime Story, Children Of The Night and The Unquiet Dead.

In February 2000 she began writing a weekly column of 400 words for the Grantham Journal, called The Way I See It but finished in July 2005 due to her husband’s ill health.

Apart from her work, Margaret, who still lives in town, enjoys reading, opera, dry white wine, gardening and the company of her Cavalier King Charles spaniels, Amber and Poppy.

She also publishes erotica for women under the pseudonym Fredrica Alleyn.