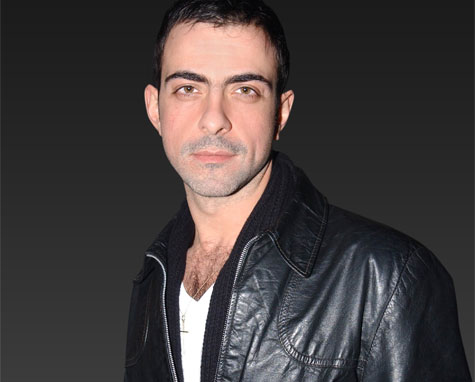 FASHION designer Antonio Berardi has been compared to great talents Dolce and Gabbana, Alberta Ferretti and Emporio Armani.
Born in Grantham Hospital he grew up in Billingborough where his Sicilian parents, Guiseppe and Concapina, ran an ice cream business.
He went to the village primary school and by the age of seven already showed he had a flair for fashion. As a nine-year-old he saved his money for Armani shirts with leather gusset shoulders

After leaving Carre’s Grammar School, Sleaford, he took a BTEC in fashion design at Lincoln College of Art but at first his application to the fashion Bachelor of Arts program at Central Saint Martins College of Art and Design at the University of the Arts London was rejected.
He began working as an assistant to John Galliano shortly after.
In 1990 he applied to Central Saint Martins for a third time and was accepted. He graduated in 1993, and in 1994 created his graduate collection which caught the attention of Angela Quaintrell, a buyer for London fashion holding group Liberty.
With financial backing from Liberty he produced his first fashion week collection in 1995, under his eponymous label.
Kylie Minogue was the show’s main model.

Victoria Beckham named him as her favourite designer and commissioned a dress for her wedding reception, a suit for David and some baby clothes.
In 1998 Berardi also designed under Italian label Ruffo Research, while maintaining his own label.
The following year he negotiated a partnership with Italian label Extè. He became the label’s head designer, and Extè also produced his own line but he left them in 2001, since when his label has been backed by fashion group Gibo.

Now based in Milan, Antonio designed a bobbin lace dress for Naomi Campbell. It was crafted by 14 skilled lacemakers and took them more than three months to make.
His Anglo-Italian roots showed in the 2001 Milan show; Italian flair with a dash of old England, featuring sharply tailored Edwardian suits, waistcoats and frock coats.
Berardi designed a coat illuminated with light bulbs that lit up to form a crucifix, shown at his autumn/winter 2003 collection in Milan. His design was commended for its technical and artistic achievement by the fashion press.
Perhaps his most famous design was a trompe-l’œil corset dress in a black-and white color scheme, featuring lace detailing, worn by Gwyneth Paltrow in November 2008 at the premiere of the film Two Lovers.

Berardi’s dress was praised by fashion journalists for its “combination of the graphic monochromatic look and body-conscious silhouette” and was named the “Dress of the Year 2009” by Harper’s Bazaar magazine.