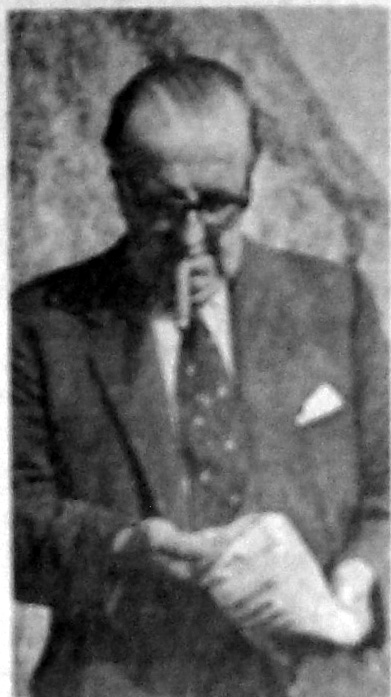 The family moved to Grantham when his father got a job with Bell’s as a wrought iron craftsman. Horace joined the firm in 1916 and stayed with them for 51 years.

He worked his way up from office boy to chief clerk then became a Fellow of the Royal Institute of Corn and Agricultural Merchants.

His job kept him in contact with nearly every farmer in the area.

In his youth, he was keen on motorcycling and was secretary and treasurer  of the Grantham and District Motorcycle and Light Car Club from 1926-1931 and used to race at the Syston Park track, near Barkston, home of the first races in the UK.

Horace received his trophy from Graham Walker, father of the legendary Murray Walker.

The track closed in 1933 following the death of Sir John Thorold.

During the Second World War, he was a member of the Royal Observer Corps, based in Grantham.

He was a member of Grantham Bowling Club and Grantham Town and County Club.

Mr Bellamy became an almost fanatical supporter of Grantham FC in the 1960s/70s and if he couldn’t get to a match would ring up for the result.