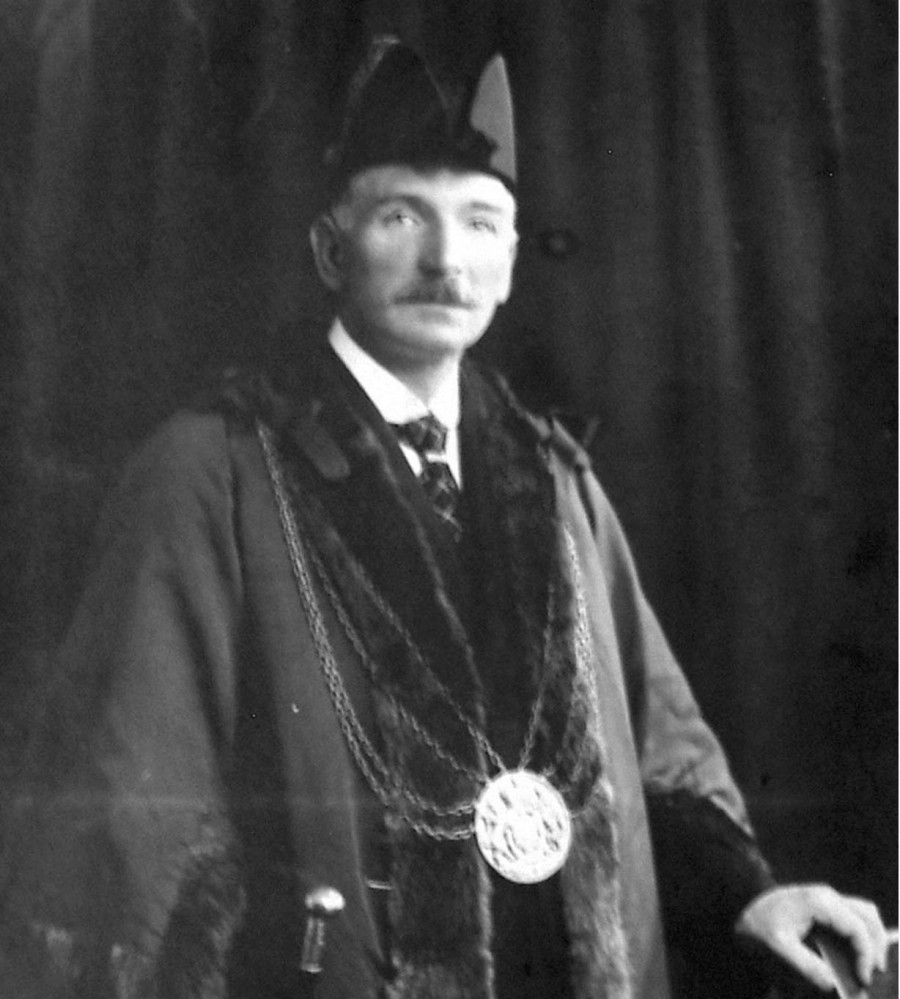 BORN at Thorpe, near Newark, he was the grandson of William Beeden, a Freeman the Borough Grantham.

He was educated at the Grantham National and British Schools, in Grantham, and for 16 years was with the firm of Messrs W. B. Harrison and Sons, Watergate, from which retired, and took over the old-established business the late Mr. Andrew Ross, draper and clothier, on St Catherine’s Road,  where he also lived.

The same year he married Emma Weatherhogg at the Congregational church where both had been active workers for many years.

In about 1911 he began to take an interest in public affairs.

At that time, the question of the Public Library and Museum was promoted, and Alderman Beeden undertook the secretaryship of the movement for which worked most assiduously.

In 1913, having been invited to seek municipal honours, he contested the West Ward, but was not successful.

In 1922 he offered himself for re-election, and was returned with an increased majority.

On the death of Alderman Rear in 1924, he was elevated to the aldermanic bench and the following year became Mayor.

In addition to the important work did in connection with Civil Defence as member that committee,  in the Second World War, he carried out the duties chief air raid welfare officer.

Outside his council work, his chief interest centred in the National Savings movement, with which became associated before entered the Town Council.

When the local savings committee was formed in the borough he became hon secretary, and continued this office until last month, when he was compelled to resign for reasons health.

His activities in this field service had undoubtedly been prodigious. Big money-raising campaigns had to be organised during the war, from which, together with the regular savings it is estimated that well over £12m was invested people in the borough

For this work he was awarded an MBE.

The two outstanding achievements during his secretaryship were the War Weapons Week effort in March, by which £200,714 was raised in the borough—more, than double the target and the passing of the million pounds mark in national savings the week prior to his resignation from the office, a feat accomplished in 19 months.

War Weapons Week was undoubtedly the most ambitious effort ever undertaken in Grantham from the point of view of National Savings, and it fell upon the shoulders of Alderman Beeden to bear the burden of the organisation.

Aid Beeden’s greatest work as a member of Town Council, were in connection with housing.

Right from the time entered the council had been a member of the housing committee and for the greater part was its chairman.

602 houses were built during his service on the committee. The first scheme was that put into operation immediately following the last war and known the Addison scheme. This was the Earlesfield estate on Dysart Road, which was for 120 houses, a large number of which cost £1,000 as they were constructed a time when building materials and the cost of labour were very high.

Next the schemes Belton Lane, Turnor Crescent and Walton Gardens. He was also behind Gorse-rise and Cherry Orchard,

As the war began, he was behind the 227 houses, which are being built using concrete substitute for timber and flat roofs.

For his work on housing the estate was named after him – Beeden Park (even though many still refer toi it as the Flat Tops, which they are no longer).