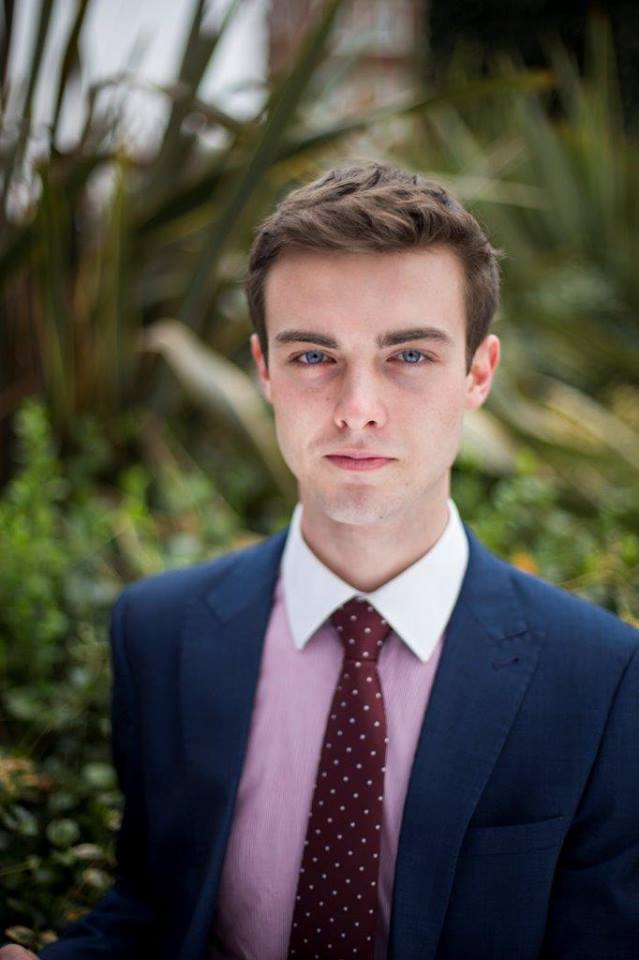 NOTTINGHAM-born Joseph Beech came to Grantham as a two-year-old, where most of his family already lived.

While attending Cliffedale School (1998-2005) and The King’s School (2005-2012) he was successively a chorister and then the inaugural Organ Scholar at St Wulfram’s Church, studying the organ with Tim Williams and the piano with Sally Anthony. In this latter role he was responsible for playing the organ at the majority of large-scale events both at in Grantham and further afield including: services at York Minster and Lincoln, Coventry, Peterborough and Salisbury Cathedrals; a concert tour of Germany; the choir’s first CD recording ‘O magnum mysterium’ in 2009.

As de facto Sixth Form Organ Scholar at The King’s School, he played for all of the school’s services and concerts and was Musical Director for the school production of ‘Beauty and the Beast’.

After leaving The King’s School, Joseph moved to Windsor Castle to be Organ Scholar of St George’s Chapel, home to a professional choir which sings for eight services each week. In this capacity Joseph had the great privilege of meeting HM The Queen and the Earl of Wessex; he also performed in the presence of HRH Duke of Edinburgh, HRH Duchess of Cambridge, THR Earl and Countess of Wessex – and Bear Grylls! He was responsible for the organ playing at the laying up of fellow Granthamian Baroness Thatcher’s banner in St George’s Chapel, a centuries-old ceremony performed after the death of a Knight or Lady of the Garter.

He also taught at the choristers’ school, St George’s School, where he was Assistant Musical Director for the school production of ‘Oliver’ at the Farrer Theatre, Eton College.

After two terms as Organ Scholar at St George’s, Joseph acted as Assistant Organist for his final term – a not inconsiderable challenge for an 18-year-old.

After a year in Windsor, Joseph left the castle for the city, and is now an undergraduate student at the Royal Academy of Music (RAM) in London, where he studies on a scholarship with internationally-renowned organist David Titterington. He has had a fruitful first term at the Academy, including performing in front of HRH The Duchess of Gloucester and RAM alumnus Sir Elton John.

Alongside his studies Joseph is currently Organ Scholar at HM Chapel Royal, Hampton Court Palace where he is responsible for playing half of the services, giving regular recitals and assisting with the training of the boy choristers.

In 2014, he took up the same position at the London Oratory, arguably the most senior Roman Catholic musical foundation in the country.

Then in January 2016 Joseph Beech became William and Irene Miller Organ Scholar at St Paul’s Cathedral for the academic year 2016-2017.

Then in May 2017, he was appointed Assistant Master of the Music at St Mary’s Cathedral, Edinburgh.

Joseph still hasn’t lost touch with his hometown, frequently returning to play at both St Wulfram’s Church and The King’s School, and in the wider Grantham community.