George Bass was a British naval surgeon and explorer of Australia.

He was born at Aswarby, the son of a tenant farmer, George Bass, and a local beauty named Sarah Nee Newman.

His father died when he was six. 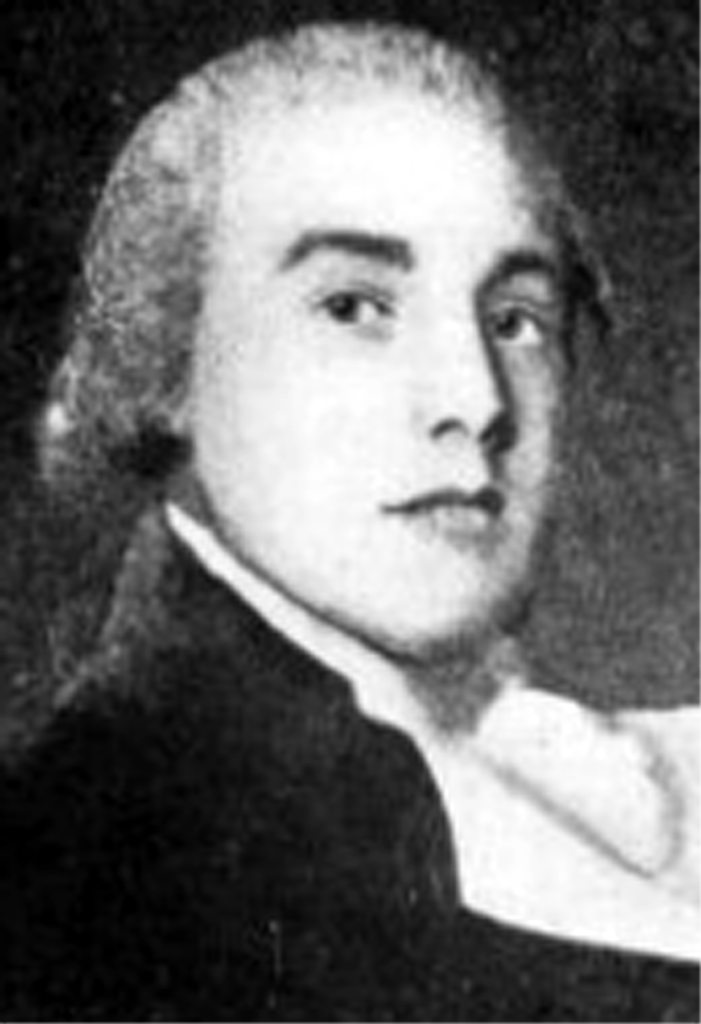 He attended Boston Grammar School and later trained in medicine at the hospital at Boston.

He was accepted in London as a member of the Company of Surgeons aged 18, and in 1794 he joined the Royal Navy as a surgeon.

He arrived in Sydney in New South Wales on HMS Reliance on 7 September 1795.

Also on the voyage were Matthew Flinders, John Hunter, Bennelong, and his surgeon’s assistant William Martin.

Bass had brought with him on the Reliance a small boat with an 8-foot (2.4 m) keel and 5-foot (1.5 m) beam, which he called the Tom Thumb on account of its size.

In October 1795 Bass and Flinders, accompanied by William Martin sailed the Tom Thumb out of Port Jackson to Botany Bay and explored the Georges River further upstream than had been done previously by the colonists.

Their reports on their return led to the settlement of Banks’ Town.

In March 1796 the same party embarked on a second voyage in a similar small boat, which they also called the Tom Thumb. During this trip they travelled as far down the coast as Lake Illawarra, which they called Tom Thumb Lagoon. They discovered and explored Port Hacking.

Later that year Bass discovered good land near Prospect Hill, found lost cattle brought out with the First Fleet, and failed in an attempt to cross the Blue Mountains.

In 1797 in an open whaleboat with a crew of six, Bass sailed to Cape Howe, the farthest point of south-eastern Australia. From here he went westwards along what is now the coast of the Gippsland region of Victoria, to Western Port, almost as far as the site of present-day Melbourne.

His belief that a strait separated the mainland from Van Diemen’s Land (now Tasmania) was backed up by his astute observation of the rapid tide and the long south-western swell at Wilsons Promontory.

Bass discovered the Kiama area and made many notes on its botanical complexity and the amazing natural phenomenon, the Kiama Blowhole, noting the volcanic geology around the Blowhole and contributed much to its understanding.

On Flinders recommendation the passage between Van Diemen’s Land and the mainland was called Bass Strait.

Bass was an enthusiastic naturalist and botanist, and he forwarded some of his botanical discoveries to Sir Joseph Banks in London

He was made an honorary member of the Society for Promoting Natural History, which later became the Linnean Society.

She was the sister of Henry Waterhouse, Bass’s former shipmate, and captain of the Reliance.

In January 1801 Bass set sail again for Port Jackson, leaving Elizabeth behind, and though the couple wrote to each other, they did not meet again, as Bass never returned from this journey.

Bass and a syndicate of friends had invested some £10,000 in the copper-sheathed brig the Venus, and a cargo of general goods to transport and sell in Port Jackson. Bass was the owner-manager and set sail in early 1801.

On arrival Bass found the colony awash with goods and he was unable to sell his cargo.

What became of Bass is unknown. He set sail on his last voyage in the Venus on 5 February 1803 and he and his crew were never seen again. His plan was to go to Tahiti and perhaps on to the Spanish colonies on the coast of Chile to buy provisions and bring them back to Sydney.

It has been suspected Bass may also have planned to engage in contraband trade in Chile. Spain reserved the import of goods into her colonies for Spanish ships and Spanish merchants. But the colonists needed more than they could supply and shortages and heavy taxation caused high prices, encouraging an extensive illegal trade with foreign vessels.

In January 1806 Bass was listed by the Admiralty as lost at sea and later that year Elizabeth was granted an annuity from the widows’ fund, backdated to when Bass’s half-pay had ended in June 1803. (Bass had made the usual contributions to the fund from his salary.)

A good deal of speculation has taken place about Bass’s fate. One story, has it that Bass was captured by the Spanish in Chile and sent to the silver mines.