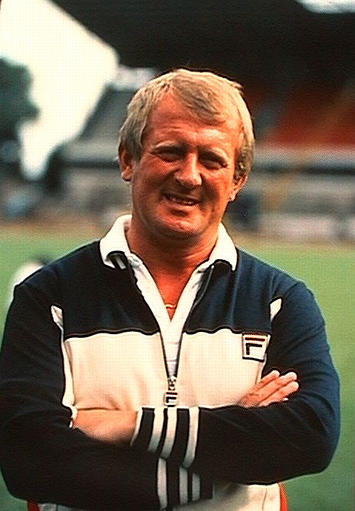 BORN at High Heaton, Newcastle, John Barnwell was an England Youth International who began his career at Bishop Auckland, before making appearances for Arsenal, (plus winning one England Under-23 cap whilst there), Nottingham Forest and Sheffield United.

He retired from playing in June 1971 with a record of 50 goals in 327 senior League games.

Just over a year later John had returned to the game as a coach at Hereford United and then Peterborough United, with his promotion to the manager’s seat there in May 1977.

Probably his biggest job followed, when he took over at Wolverhampton Wanderers, and he was soon involved in two huge transfers of the time, selling Steve Daly to Manchester City for Â£1.43m and a week later buying Andy Gray for Â£1.15m from Aston Villa.

At the end of the 1979/80 season he took Wolves to League Cup Final success over his old club, Nottingham Forest, and was voted ‘Midland Sports Personality of the Year’.

Positions after included time in Saudi Arabia and at AEK Athens, but in June 1987 John returned to England as Manager of Notts County, then Walsall and finally as a consultant to Phil Chard at Northampton Town.

Grantham Town chairman, Alan Prince, brought John to The Meres at the start of 1996, where he was initially running the club’s lottery, but following the departure of Warren Ward and a brief spell with Steve Stoutt as the club’s caretaker-manager, he was soon installed at the helm of the club.

However, he was in charge for only a few games at the end of the season, which finished with a 14th place in the league, as in July he was awarded the position of Chief Executive of the Football League Manager’s Association and had to relinquish ties with any one club.

Barnwell is now a life Vice President of the LMA, and is involved in various businesses related to football. He describes his passion as  “The game, the people in it, and its future”.