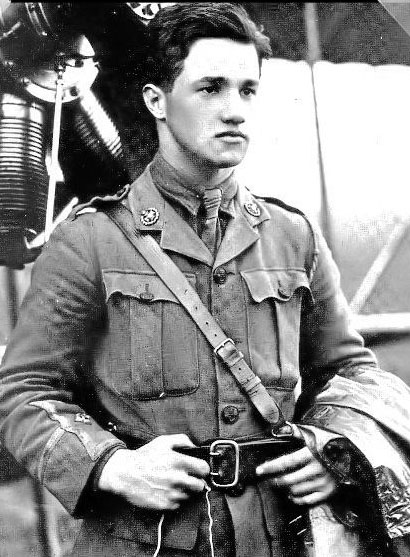 King’s School old boy and WWI air ace Albert Ball, lodged in Avenue Road in the town while at school in Grantham in 1908 and 1909.

He stayed at the home of Mrs Howarth.

He became the youngest flier to win three Distinguished Service Orders and was awarded a posthumous VC for consistent bravery in 26 aerial combats.

Ball joined the Sherwood Foresters at the outbreak of the First World War and was commissioned as a second lieutenant in October 1914. He learned to fly in his spare time and gained his pilot’s licence a year later and his wings in 1916.

He joined No. 13 Squadron RFC in France, flying reconnaissance missions before being posted in May to No. 11 Squadron.

He became the first British fighter ace to capture the public’s imagination.

Ball crashed to his death in a field in France while pursuing the Red Baron’s brother, Lothar von Richthofen. During the engagement he managed to force von Richthofen to the ground, but soon after emerged from a cloud bank upside down and crashed before he could recover. The Germans buried Albert Ball in Annœullin, with full honours.

Ball’s father, a former mayor of Nottingham, bought the field where his son died, improving his gravesite in Annœullin, and building homes in his honour.