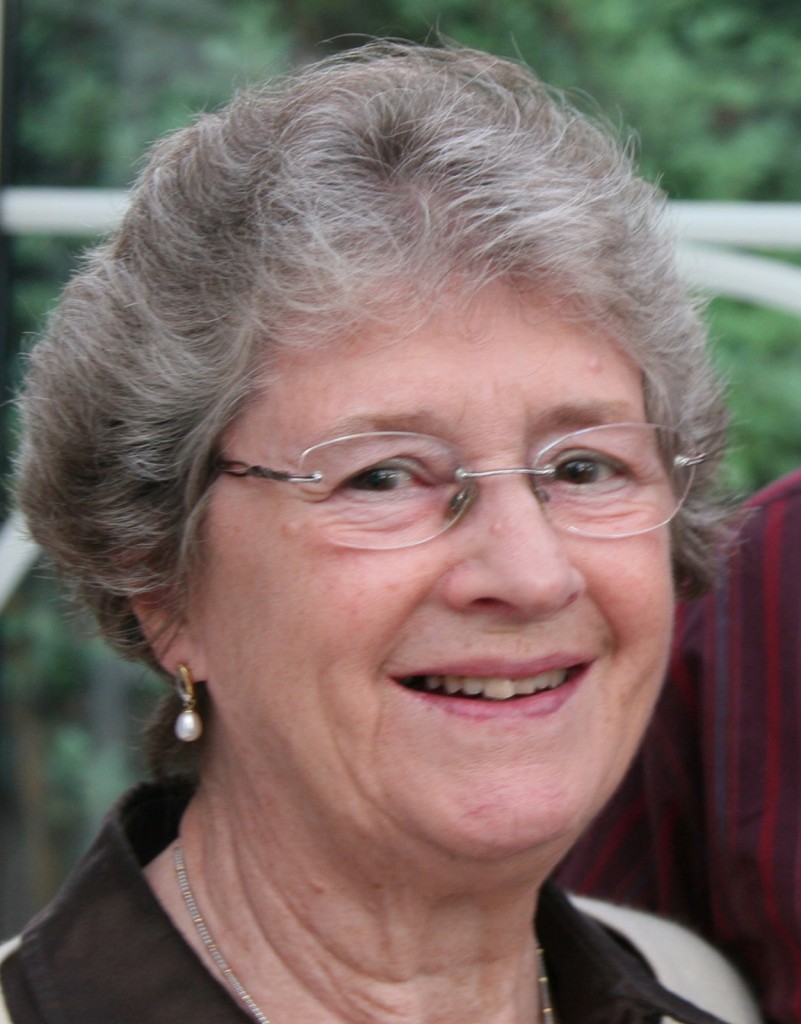 Miss (Elizabeth) Anne Abbott, who lived for many years in Gladstone Terrace, Grantham, with her partner Alan Hubbard, was born at Eaton.

She attended Cairn Holt Kindergarten, in Melton Mowbray, and when the school closed at the outbreak of war, she went to the Grammar School a year early at the age of eight.

While at Melton Mowbray and later at Overstone School, Anne developed a real lasting love for music and particularly for singing and the piano.

Her first solo performance was in her village church at Branston at the age of 16.

On leaving school Anne continued her musical education with weekly lessons in Nottingham from Madame Lehaye for singing and Louden Merry for piano and then later in London by the famous pianist and teacher Prof Max Pirani.

Leyland White, a baritone who was a regular performer at the Proms in the late 1920s and early 30s also provided Anne with additional singing tuition.

A piano first arrived at the family home for her sisters Pat and Jean to practice on when Anne was only eight, but it didn’t take Anne long to monopolise it.

Her practice would start and finish with Drink to me Only with thine Eyes – Anne always taught he pupils to sing with their eyes.

In chance meeting while singing with the Leicestershire Schools Symphony Orchestra, Anne met a member of the newly formed Cambridge University Operatic Society who were looking for a soprano to take the lead role in Ralph Vaughan-Williams, Sir John in Love.

This subsequently led on to an invitation to perform in The Rakes Progress, at Cambridge, in December 1956, the first performance of this opera in England.

Vaughan-Williams was the President of the University Operatic Society and Anne was the fortunate recipient of a Vaughn-Williams bursary which allowed her to she gain additional tutoring with Paul Hamburger to perfect her German operatic singing and also with Melee for Italian and French singing.

She then progressed to a role at the Sadlers Wells in a Tale of Two Cities and found herself on the front cover of the magazine Opera in September 1957.

After that she played the role of Pamina in the Magic Flute at Birmingham, Mimi in La Boheme at the Royal Festival Hall and has even performed with Janet Baker in an oratorio at Nottingham. Other Cambridge performances include Rolf Liebemann’s School for Wives and Carl Orff’s Catulli Carmina in which Anne is described as “wide eyed and nimble witted” in her presentation.

Just before her 21st birthday Anne was given a grand piano by her father and thus began her teaching career which spans an incredible 60 years, starting at the age of 21 and continuing to teach right up to end of May this year.

It is as though Anne lived to teach, initially the piano and then later singing. Anne has always taught around the Grantham area and it is for her excellent and enthusiastic teaching that Anne will be most remembered and missed.

While teaching, Anne continued her singing career up to at least 1979.

Anne has sung on many occasions in the Grantham area most notably in Handel’s  Messiah to celebrate the Quincentenary of the granting of the Town’s Charter in 1963 at St Wulfram’s Church, enjoyed by an audience of over 700.

It was very fitting that on the 50th year celebration of the Grantham Choral Society that one of Anne’s pupils, Nicola Pulford, sang the same role.

She became a valued member of the organising committee finding adjudicators and choosing set pieces as well as being a great force in later years in keeping the festival going and introducing new committee members.

Anne never married or had children of her own, but she was loved by all her pupils, like an honorary “Mr Chips”.

Several of Anne’s pupils rose to national and even international status which gave her huge satisfaction, including the world-famous Wagnerian soprano Jane Eaglen and Grantham’s Nicola Pulford.

One of the greatest highlights in Anne’s life was watching a former pupil perform.